THE Smiths have recorded an uplifting commercial dance anthem to mark their 30th anniversary.

Morrissey said: “I’m just really into what’s going on in modern music, with all these great producers like Will I Am and exciting artists such as Pitbull and Jennifer Lopez.

“I just can’t wait to hear our tune in a massive Ibiza club where everyone is going mental. My favourite DJ is Fatboy Slim so I really hope he likes it.

“I’m also into David Guetta because his tunes are funky and he has amazing hair. I wish I could be a superstar DJ like him but I don’t have that level of talent.”

He added: “Fans know us best for delicate, mournful songs about loneliness set against a gritty Northern backdrop. That was all good back in the 80s but now we want to be the new D:Ream.

“We just want everyone to dance, smile and have loads of money. The Smiths is all about being cool and having an enviable lifestyle with sports cars and a sexy, confident peer group.”

The sleeve art for Party Vibe (Uh Yeah) features a picture of Morrissey and Johnny Marr in a Ferrari with the license plate SMITHS1 and the cast of Made in Chelsea dancing on the bonnet. 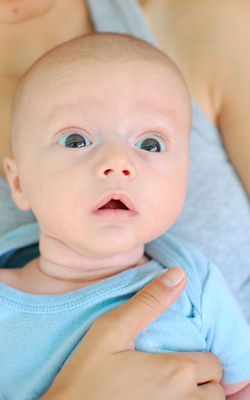 BABIES born in summer will be handed over to McDonald’s when they reach 13 years of age.

The fast food giant made a successful bid for Britain’s under-performing children after a leading think tank confirmed it was for the best.

Professor Henry Brubaker, of the Institute for Studies, said: “While babies born in summer are stupid, many of them do have at least six fingers on each hand.

“McDonald’s can exploit both of these attributes and give these wretched lives some meaning.

“Otherwise they will just end up scavenging at recycling centres and constantly bumping into trees.”

Under the plan mothers of summer newborns will meet with a McDonald’s lawyer within 48 hours of the child’s birth and sign a joint custody agreement. On the child’s 13th birthday a van will pull up and the youngster will be taken away by a team of people dressed as clowns.

Professor Brubaker said the deal should also apply retrospectively, giving McDonald’s the right to acquire all summer babies born since 1976.

Martin Bishop, who was born in July 1984, said: “I’m a geneticist at Cambridge and have just published a paper on the DNA of the bearded pygmy chameleon.

“It has already been described as ‘groundbreaking’ by at least one professor who was born in March.

“Plus, it only took me four hours to type the entire thing because I have 17 fingers.”