A spokesman said: “We’re usually marketing to nice middle-class students and their mothers, so this is a departure for us.

“But our data shows that Sky people love vulgar things.

“We’re also doing a free ornamental plate with a picture of frolicking Staffordshire bull terriers on it.” 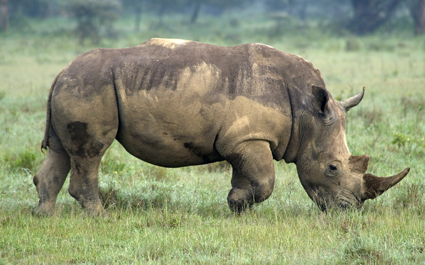 A REPORTED increase in rhino birth rates is being offset by the number of better-off, educated rhinos that are delaying having offspring.

Zoologist Mary Fisher said: “Career-focused rhinos are putting off having calves until it’s nearly too late and they have to go to a special fertility zoo.

“They’re making big money marketing themselves to tourists but their lack of a family unit makes them vulnerable to poachers in later life.”