'This is f**king shit': six warnings TV and films should really carry

This is f**king shit

Could have prevented you watching Alien: Covenant, Two Pints of Lager, or any DC superhero movie where they’re all dark and miserable and never do anything but hit stuff. Gets straight to the point, and should be compulsory for all James Corden appearances.

Your mum and dad will watch this for the scenery

This show will be balls-achingly boring, whether a geriatric-pleasing ITV drama about a vet solving crimes near Loch Lomond, or some BBC jobs-for-the boys tedium like Ian Hislop’s Favourite Viaducts. But the scenery will be lovely. Hats off to the drone pilot.

The full text would be: ‘Warning: you still think you like Tim Burton films because of Edward Scissorhands and that Oyster Boy book. But even Mars Attacks! was 25 years ago and ever since they’ve been bloated whale carcasses of gothic self-indulgence, overwhelming CGI and toxic levels of Johnny Depp. Rewatch an old one instead.’

Alert you to irksome, heavy-handed, narrative-breaking wokery in silly kids’ nonsense like Captain Marvel or Doctor Who. Handy for gammons, who will watch intently, getting angrier and angrier until all the veins in their heads have exploded.

Made by trendy Channel 4 wankers

Will really piss you off

Good for flagging up massively hyped films with ludicrous twists, like Shutter Island or Last Christmas, and also prevents you hurling a mug of tea at your TV as Andrew Marr uncritically accepts Michael Gove’s claim that Brexit has made everyone five inches taller. 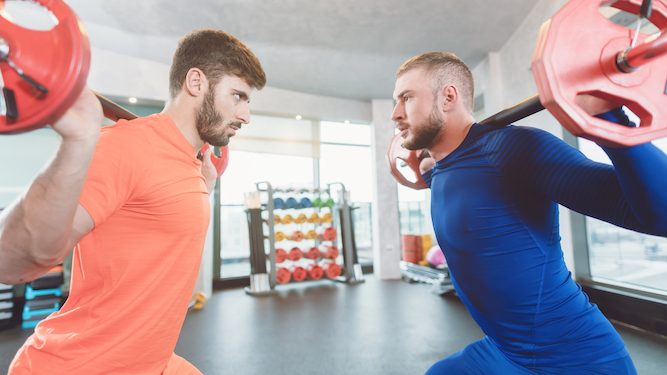 The outrage from gym bunnies, health freaks and grunty weights blokes has sealed the decision as the government’s most popular yet.

A Treasury spokesman said: “We considered opening gyms, of course, what with the growing obesity and public health crisis. It was on our agenda.

“But then every time we started writing policy we were lobbied by all these sanctimonious musclebound idiots saying ‘Why can’t I be in my church making gains?’ or boasting about their ‘PBs’ and we just stopped.

“Did landlords refuse to close their pubs and cretinously quote the Magna Carta to justify it? No. Did roid-raging gym owners square up to the police doing exactly that? Yes. So see what you get.”

Deputy chief medical officer Jonathan Van-Tam said: “The health benefits for gym-goers must be balanced with the detrimental effects on those in gym-goers’ immediate vicinity. At this point the public cannot put up with insurmountable levels of ‘bodygoals’ bullshit.

“At least if we get the pubs open first, normal people can get so pissed they will be immune to any talk of protein shakes and reps on lats. Maybe even the gym twats could have a pint and chill the f**k out.”