BRITAIN’S tramps are in uproar after being priced out of Bruce Springsteen’s current tour.

Tickets for Springsteen’s concert at the Olympic Park start at £69.75, well beyond the means of those with no place left to hide.

Tramp Joseph Turner said: “I’d love to have been singing along to the ‘tramps like us’ line in Born to Run at Olympic Park.

Unfortunately, like most tramps, I don’t have £70 to spend on entertainment. I have to prioritise food and shelter over stadium rock concerts.

“But ‘The Boss’ styles himself as a tramp-friendly performer – he should at least scatter a few thousand free tickets in bushes and hedgerows.”

Turner added: Springsteen’s gigs typically last over three hours. Even if I did somehow get in, I’d have to leave before 11 to get back before the nearest hostel shuts.

It’d help if I had a chrome wheeled, fuel injected Mustang but all I’ve got is an Oyster card with no credit that I found on the floor.

I could run, I suppose, like I was born to, but since a security dog bit my leg all I’ve been able to manage is a shambling limp.

The rock star has also been accused of excluding broken heroes and lonely riders, most of whom live of Jobseeker’s Allowance of around £60 per week. 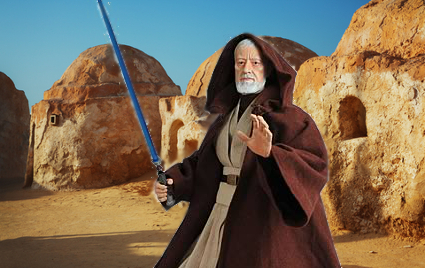 BRITAIN was incredibly wealthy and happy in 2012, according to the government’s brown-robed economic adviser.

Economist Dr Ben Kenobi, who lives in a desert, said everything was fine with the economy and that we can all just move along now.

Nathan Muir, a part-time consumer from Peterborough said: “He sat me down and explained that capitalism is what binds the universe together, then he waved his hand in front of my face and I suddenly forgot my house got repossessed last July.

“This isn’t the recession I’m looking for.”