Trainspotting 2 to be junkie superhero film

THE sequel to Trainspotting will be a superhero film about a man who gets special powers from ‘space heroin’.

Designed to cash in on the success of comics spin-offs like The Avengers, the film stars Ewan McGregor as a mild-mannered junkie who scores alien-enhanced drugs from a fatherly maverick scientist.

Director Danny Boyle said: “After doing some MegaSmack, Renton discovers he has superhuman strength and the ability to fly at supersonic speeds, which comes in handy when he’s shoplifting disposable razors and Rustlers burgers from Tesco Express.

“Meanwhile Begbie finds he can physically change into crude pub fight weapons, including a pool cue and a sharpened screwdriver. He takes out an entire SWAT team by morphing into a broken pint glass.

“But of course military scientists have created a rival team of evil super-junkies, who have some petty paranoid grudge against Renton because he wouldn’t give them a lift across town in his car about four years ago.”

Boyle said actor Ewen Bremner would also be reprising his role as socially awkward Spud, who in the new film will be seen scissor-kicking an alien robot to death during a battle on an imploding planet.

Boyle added: “Trainspotting 2 won’t lose any of the grittiness of the original, because the characters still say things like ‘You’re a fuckin’ wee radgie bawbag, Doctor Sinister.’”

Teenager gets summer job for rest of life 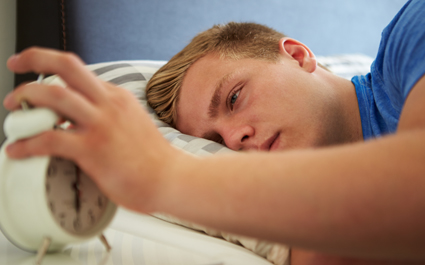 A TEENAGER has taken the summer job which he will retire from in 2063.

18-year-old Nathan Muir’s role as a delivery driver, taken while awaiting his A-level results, is expected to last until September but will end only when human drivers are phased out for good.

“It’s piss-easy work and they’ve no idea how little I’m doing. Yesterday I was in the car park for 15 minutes smoking a doobie.”

Witnessed by the managing director, the incident has already been recorded in Muir’s record and will ensure he remains in a junior position for the next 20 years.

Muir, who will fail to find a university place because he is either working or in the pub with the lads from depot, added: “It’s actually quite relaxing to turn your brain off and coast for a few weeks, though any longer and I’d become a zombie.”

The teenager, who refers to his 28-year-old supervisor as a “basic rando” without realising he will be his boss for a further four decades, is saving for a motorbike he will never buy.

He said: “One perk of the place is the women, though. Hooked up with Amy from accounts last week.”

Describing the future wife who is already carrying his child, he said: “I doubt I’ll see her again, though. Not my type.”