WATCHING Eurovision to sneer at it is no better than watching it genuinely, like a Belgian, it has been confirmed.

The contest, founded in 1956 to prove that a united Europe could never work, is viewed by millions of Britons who imagine that knowing how bad it is somehow leaves their souls untarnished.

Psychologist Dr Helen Archer said: “Sitting through two, or even three, entries can be done with ironic detachment and an arms-length appreciation of the massive levels of kitsch involved.

“You may even be at a party held deliberately to watch it. Try to imagine explaining that you did this to your grandfather, or an old teacher you respect. Imagine the relentless, crushing shame.”

Joseph Turner, from Blackburn, said: “I thought it would be a laugh, but the joke was very much on me.

“Thank God we did Brexit.” 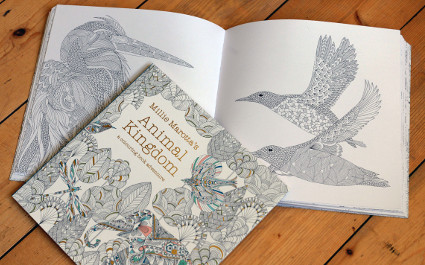 The books, which are selling out on Amazon in a tacit admission that the higher brain functions of the UK are dead forever, have left frustrated grown-ups beating their own crotches with handfuls of felt-tip pens.

Nathan Muir, from Chester, said: “I know what ‘adult’ means. It means tits.

“I’ve been tricked into admitting I’m a halfwit without even being rewarded with cursory genital stimulation, and I’d wasted money on six shades of flesh-coloured pens.”

“They can colour in a fucking heron and like it.”