Professor bets he can turn SNP MP into a gentleman

A PROFESSOR has entered into a wager that he can make a Scottish National Party MP pass for a gentleman.

Professor Henry Brubaker has bet his friend Sir Thomas Logan the sum of fifty guineas that in one month he can introduce MP Bill McKay into London society.

He said: “Upon hearing William’s rough tones I venture he is from the lower half of Shettleston Road in Glasgow’s utterly ghastly east end.

“William will receive lessons in elocution, deportment and basic cutlery. I shall enhance his diction with my tried and tested phrases including ‘In Hertford, Hereford and Hampshire, hurricanes hardly ever happen’ and ‘the rain in Spain stays mainly in the plain’.

Bill McKay said: “Ah don’t know about Hampshire and aw that fuckin’ shite, but ah’ve been to the Costa Brave nine fuckin’ times and not fuckin’ once did it rain in the fuckin’ plane.

“How the fuck can it rain in a plane, ya fuckin’ stuck up English wank?”

Professor Brubaker added: “Fifty guineas is what, about sixty quid? Can you wait until I get paid?” 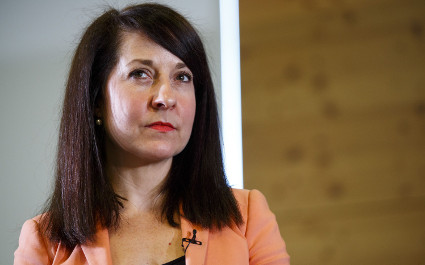 The punch, which will take place in front of the media at the site of Woolley Colliery in Barnsley later today, is Kendall’s attempt to outflank her rivals on the right.

Kendall said: “This miner, who lives in a terraced home on benefits and doesn’t even own a car, represents everything that Labour needs to leave behind.

“He worked down the mines for more than 40 years and never invested in the property market, never started his own business, no aspiration whatsoever.

“It will be my pleasure to deck him.”

Once Kendall has punched 62-year-old Roy Hobbs, she will confiscate the instruments of the Woolley Colliery Brass Band and melt them down to make a statue of Alistair Campbell.