OSAMA bin Laden was convinced that the CIA were responsible for the 9/11 attacks despite planning them himself, it has emerged.

Bin Laden wrote in his journal: “Naively, I took full responsibility for 9/11 merely because I’d originated the idea, financed it and masterminded the operation to the last detail.

“But after watching Loose Change I realised that I was deluding myself. A handful of unstable terrorists carrying out the biggest attack ever on American soil? It’s simply not credible.

“George W Bush had the means, he had the motive and his undoubted genius meant the whole thing was executed flawlessly.

“I was a patsy, like Lee Harvey Oswald, and now they’re trying to silence me. How did I not see it before?”

Former president George W Bush, speaking from a secret location, said: “Bin Laden was onto something, but he had no idea how deep it went.

“The thermite found at Ground Zero? The Cheney memo? I was being set up the whole way down the line. 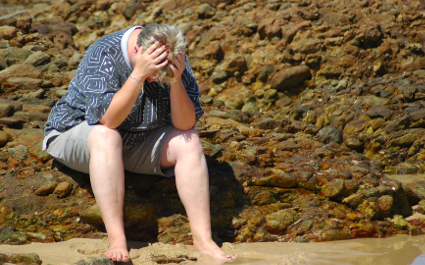 KENT residents have said they may never trust the earth again after being hit by a 4.2 magnitude earthquake.

The quake shook homes and left people in the county feeling hurt, betrayed and asking ‘Why?’

Joanna Kramer of Hythe said: “I mean it’s been me and the earth since like forever. I grew up on it, I got married on it and had my first child on it, and now this.

“Just without warning at 3am, and then as soon as it happened it’s acting like it was no big deal and ‘You knew I did this sometimes,’ while I’m sitting up in bed, no chance of getting back to sleep.

Joseph Turner of Ramsgate agreed: “If this had happened in Leeds or Birmingham I could understand, but everyone round here voted Conservative. Everyone.

“I’ve spent all morning beating my fists on the ground and weeping, but it hasn’t even felt it. I might have to start fracking.”