THOUSANDS of relieved men have expressed their gratitude after buying fraudulent Take That tickets.

Police are attempting to track down the owners of the website to pass on the thanks of those no longer doomed to sit through an extended, ‘funky’ version of Only Takes A Minute Girl followed by a ‘very special mystery guest’ who is obviously going to be Lulu.

Wayne Hayes, an utterly defeated husband from Carlisle, said: “The tour has sold out so I can’t even get replacement tickets to stand in a warehouse with 20,000 screaming women and a £6 plastic cup of beer in my hand as I attempt the rictus grin one normally associates with the Queen watching a provincial brass band.

“All the while being continually asked if I’m ready to party by five fat, middle-aged Mancunians.

“Instead, we’re off to see Thor and have a balti. God bless you, Ticket Index fraudsters, whoever you are.”

Since the suspected fraud was reported, the website has been inundated with requests to stock tickets for Legally Blonde: The Musical, Cheryl Crow’s next tour and anything whatsoever to do with Abba.

The criminals have also been urged to expand the operation into bank holiday weekend rail tickets to visit her fucking mother.

Detective inspector Tom Logan said: “We’re looking at a highly-sophisticated operation that I wish to Christ had existed when Sex & The City II came out.

Bosses of cold calling companies still refusing to kill themselves 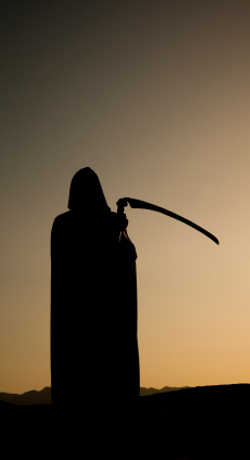 THE call centre bosses whose minions regularly upset your nan are still ignoring demands to destroy themselves, according to new research.

The Institute for Studies found that despite a million passionate pleas, the instigators of ‘cold calls’ are stubbornly refusing to hop off a 10th-floor window ledge.

Professor Henry Brubaker said: “If you find that you are a bloated sweating tick in slip-ons and salmon-pink tie the decent thing would be to terminate your existence immediately so that your decomposing tick-flesh might at least nourish some worms.

“On the other hand… no, it seems there is no other hand. This is the only hand.”

He added: “To clarify I don’t mean the crushed drones whose sorry job it is to interrupt tired people’s evenings in the vague hope that they might not have realised they want some guttering. They’re just broke and desperate, and barely alive anyway.”

Biologist Dr Emma Bradford said: “I was just about to isolate a gene which causes several common cancers when the phone rang. I thought, ‘damn, I’d better get it – mum might’ve had a fall’.

“But it was someone asking if I wanted something made of UPVC to bolt on to my house, as if such a drastic course of action – as well as the means by which to make a reality – had not previously occurred to me.

“To which I replied ‘because it’s a bit nicer than just telling you to go fuck yourself to death you scabrous ballbag’.”

She added: “I’m going to create a microbe that picks specifically on call centre owners, takes over their bodies and forces them to sit on something sharp and rusty while their organs putrefy to an excrement-like paste and spurt from their nostrils.

“I presume we’re all okay with that?”