Who needs Bowie when we have Ed Sheeran? asks younger generation

TEENAGERS have declared themselves privileged to live in the golden age of music represented by flame-haired genius Ed Sheeran.

Fans aged 14 to 20 have admitted they pity older generations forced to make do with Bowie, Prince and Michael Jackson while waiting for a true talent like Sheeran to arrive.

“Whereas with Ed it’s totally authentic from the West Yorkshire streets. He’s the next best thing to an actual genuine city-centre busker.

“He’s such an incredible songwriter he even gives some away to other people to have hits with. I’d like to see your precious Prince do that.”

Friend Tom Logan agreed: “I don’t blame them for being into Bowie. When you look at the dross that was around at the time, like Led Zeppelin or The Clash, he must have seemed incredible.

“But it’s time to throw that old crap out and appreciate the fact that you’re living at the same time as the greatest musicial artist in history. And just enjoy it.”

Corbyn admits there are serious flaws with Britain's voters 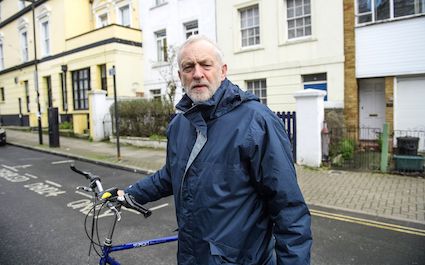 JEREMY Corbyn had admitted that Labour’s Copeland loss means they can no longer ignore the flaws of Britain’s electorate.

The Labour leader said that while he still believed that polls had been misrepresenting the public, the by-election result meant they had to confront the fact that voters were seriously flawed.

He continued: “When a leader is backed overwhelmingly by the fastest-growing mass movement in Europe two years in succession, you know there’s no issue there. So you look elsewhere.

“The danger is that the contagion which caused Scottish voters to turn against Labour, for no reason whatsoever because we’d done literally nothing, has spread south to Cumbria.

“My mentor Pol Pot taught me it is never easy to order a cull, but if we are to prevent this infection reaching our heartlands it is sadly necessary.”

He added: “Once Copeland has been purged, we’ll re-establish a Labour-voting population by bringing in breeding pairs from Hackney and Islington.”