LEICESTER City’s owners have sacked title-winning manager Claudio Ranieri, the fans of the club and the city of Leicester itself.

The club’s Thai owners plan to install Roberto Mancini as manager and replace the conurbation of Leicester with the up-and-coming French city of Montpellier.

A spokesman said: “It has been the most difficult decision we have ever had to make, but sadly the manager, fans and surrounding area do not fit with our vision for the club.

“We have been forced to part company with Ranieri, to inform lifelong fans they no longer have any emotional connection to the club, and work has begun on relocating the metropolitan area of Leicester to a greenfield site in the middle of Wales.

“All those involved have our heartfelt thanks for bringing us, the owners, the Premier League title last year and we promise that the new Leicester City will finally be a club worthy of its name.”

Former Leicester fan Gary Lineker said: “I never knew what a relief it would be.” 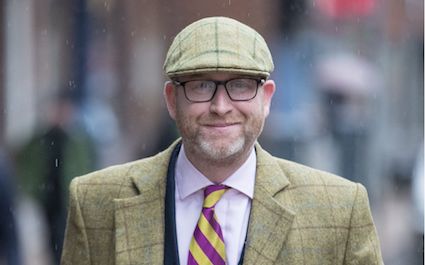 UKIP have responded to the Stoke by-election defeat by saying they do not need MPs because everyone does what they want anyway.

Leader Paul Nuttall admitted he only ran in Stoke Central to be polite, and the party will continue to achieve all its aims through its online army of fanatics and its weird friends in the media.

“You don’t get political power at the ballot box these days. You get it by convincing the other parties that people who post things to Facebook in the middle of the night are a mass movement whose every word must be obeyed.

“Look at Labour. Look at the Tories. Neither of them wanted Brexit but now they’re both fighting about who backs it the most, while we’ve got one MP that we don’t even speak to anymore.

“Parliament. Load of bollocks. Even Theresa May knows that.”