SIR Terry Wogan and Gaby Roslin are to host a massive ‘snitch-athon’  to encourage the general public to inform on their friends, neighbours and colleagues.

BBC MI5 in Need will include musical numbers, comedy sketches and hundreds of 'street witch-hunts' the length and breadth of Britain.

Sir Terry said: "Has your olive skinned neighbour bought a patio heater recently? That’s the kind of thing we want to know."

He added: "Does anyone in your street wear clothes that aren't British, talk gibberish and wave their hands around excitedly? If so just ring us up and we'll tell MI5.

"It is well known that terrorists look shifty and can't help boasting about what they are up to, even to complete strangers.

"If you know someone who disagrees with the government, you must tell us otherwise thousands will die."

Special information packs will be sent out to every school in Britain to promote snitching to children and urging them to inform on anyone who does not look or smell 'quite right'.

The show will also feature a number of celebrities grassing on each other to ram home how important snitching is to the war on terror.

Andrew Marr will grass on Rageh Omaar for having a funny name which is clearly not British and for leaving the BBC to work for Arabs.

Fiona Bruce will suggest that someone should keep a close eye on George Alagiah as he is a Tamil from Sri Lanka and everyone knows what they are like.

Not to be outdone ITV has already approached Simon Cowell to host its own terrorist talent spotting show Britain’s Got Bombers.

Brown 'Frantic With Worry' Over State Of Britain's Lawns 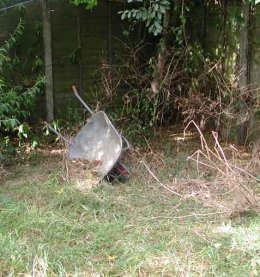 THE long spell of wet weather has prompted Prime Minister Gordon Brown to order a full-scale review of the nation's lawns.

Brown is understood to be 'frantic with worry' that people will cut their grass when it is still wet, leaving large clumps which then cause uneven colour and texture.

According to the Number 10 policy unit the 'doomsday scenario' occurs when people leave the grass because it is wet, but it then becomes so long that they refuse to cut it because it is 'too hard'.

Brown wants to bring in outside experts and MPs from other parties to sit on the new British Lawn Commission which will produce a series of recommendations for Parliament before the next general election.

The Prime Minister's spokesman said: "Everyone knows that a good lawn is the cornerstone of a successful society.

"If you walk down a street of well-tended lawns you feel happy and decent.

"If you walk down a street filled with untidy or overgrown lawns you assume the residents are all ghastly and immoral. Probably drug dealers and/or pimps."