YOUNG people buying limited edition cassette tapes by their favourite artists are twats, everyone has agreed.

The culprits are assumed to be the same dicks who were already buying albums on vinyl who have now taken their bullshit further than any society can reasonably f**king stand.

Helen Archer, aged 47, said: “There was one good thing about tapes and that was blank tapes. So you could tape albums. That, and that alone, was f**king brilliant.

“Otherwise they sounded shite, they got chewed up in the machine, and they were bulky cheap plastic bollocks. You could only be nostalgic for them if you weren’t there.

“Vinyl I kind of get. It’s big and the covers look nice and it sounds good if you’ve got decent speakers. CDs still sound better, though the concept of the Discman was fundamentally flawed.

“But if you’re out there buying tapes of Dua Lipa albums you deserve to have the tab covered with Sellotape and your older brother record his Def Leppard album over it. Or unwound and wrapped around street furniture, like the old days.”

Singer Lana Del Rey said: “I brought out a limited edition cassette of my last album, and I want any fan who bought it to know: you’re a twat and I hate you.” 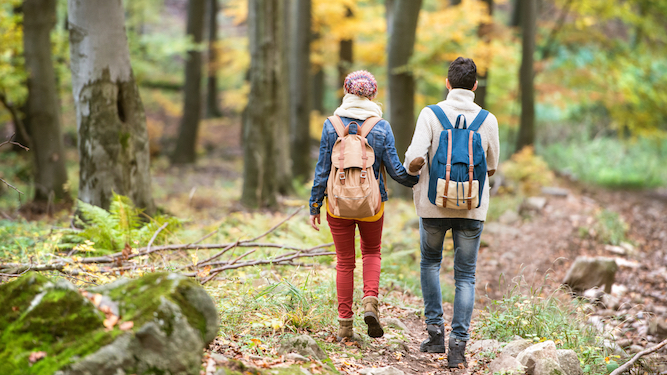 A COUPLE have spent the majority of their scenic weekend stroll searching for a suitable place for the woman to take a piss.

Lucy Parry and Jack Browne spent two hours wandering around looking for a discreet location after she refused to pee in the pub next to the car park because it had ‘bad vibes’.

Jack Browne said: “Yes, it may have had a blood stain on the floor of the bar and a vicious dog outside, but do you know what else it had? Plumbing.

“Now we’ve spent ages faffing about trying to find a spot far enough from the path to be hidden but not in such dense undergrowth that she gets a twig up her arse.

“There’s literally no one else here anyway so she should just piss wherever she likes. After all, nature’s greatest perk is that the whole thing is basically a massive, scenic toilet.”

Having eventually relieved herself, Parry said: “If he keeps on about it, I’m not going to feel bad that I used his scarf to tidy up the drips.”