ED Miliband believes that Zoe Wanamaker would bring a fresh twist to the role of Darth Vader.

He added: “It’s 2015, I think the world is ready for a female Vader and I hope the new Star Wars films will deliver that.

“There’s no reason why the character has to be really tall with a deep boomy voice. ‘Darth Vader’ is a pretty gender neutral name.

“Vader could be Luke Skywalker’s mum. That would be an awesome reboot. Imagine them having a massive light sabre duel then the helmet comes off and its the lead actress from My Family and she’s like ‘Luke…I am your mum…’.

“Everyone would be into that. Unless they were misogynists.”

The Labour leader’s suggestion follows his comment that Rosamunde Pike should be the next James Bond.

Bond scriptwriter Tom Booker said: “It’s an interesting idea but most of the scenes would start with her explaining that her parents just really liked the name James.

Bosses hired on ability to sack people while eating a sandwich 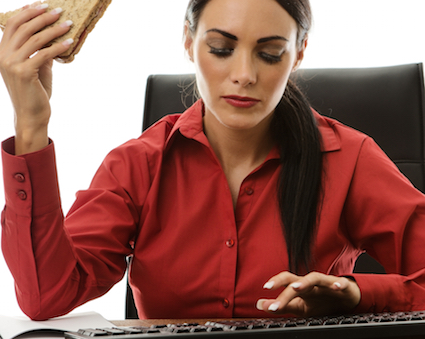 THE key qualification for being a business leader is the ability to fire people while consuming food.

With business schools now including lunchtime firing skills in their MBA courses, the Confederation of British Industry stressed that leadership and organisational skills were now largely irrelevant.

A CBI spokesman said: “The modern British workforce doesn’t need inspiring, it needs firing. And it needs to be fired in a way that is not going to inconvenience the person who is doing it.

“We are delighted that tomorrow’s executives are learning how to enunciate properly with a mouth full of ham.”

“My job is to fire people at lunchtime when they’re on their break.”