91 per cent of Londoners work as levitating Yodas

NINE in every ten Londoners are working shifts as levitating Yodas around the capital, it has emerged.

Residents say they have to dress in robes, pull on a rubber mask and float unsupported in the air apart from the big stick obviously holding them up, simply to make ends meet.

Bank manager Mary Fisher said: “My salary just about covers the mortgage, but for bills and food I rely on my, and my husband’s and eldest child’s, Yoda income.

“I can’t get a spot in Trafalgar Square, where there are upwards of 40 Yodas per square foot, so I’m in an alley behind a kebab shop in Acton where there’s only six of us.

“Still pulls in good money, but the problem is I pass so many levitating Yodas on the way home that I’ve given most of it away. 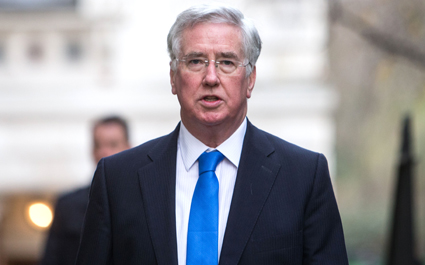 MICHAEL Fallon broke out in a cold sweat earlier after realising Jeremy Corbyn’s name had not passed his lips for almost three hours.

Fallon, secretary of state for Warning People About Jeremy Corbyn, attacked Corbyn twice on breakfast radio and once at lunchtime before entirely neglecting his brief until almost four o’clock.

Fallon said: “Freaking out, I quickly rang up Channel 4 news and accused him of wanting to abort all non-transgendered Christian babies.

“Unless I, Michael Fallon, announce every hour that Jeremy Corbyn is an out-of-touch Marxist traitor, or a deluded communist stooge, or a raving defeatist tree-hugging leftie bastard, people will forget who Jeremy Corbyn is.

Nikki Hollis, a shop assistant from Dover, said: “I’d almost forgotten that Jeremy Corbyn wants to impose sharia law on the RAF, but fortunately Michael Fallon was there to remind me.

“He might look and sound like a vicar in the hysterical phase of a cocaine binge, but if this country is ever invaded by Jeremy Corbyn, I know Michael Fallon would protect us.”