All three versions will be shit, promise Microsoft

THE Windows 8 operating system will come in three varieties of ball-shrinking awfulness, Microsoft has promised.

The new software will be sold in a package including a DVD, a wax cylinder, a floppy disc and a series of clues leading to the location of an old man who once knew but has since forgotten your activation code.

There have been thousands of modifications to the system to ensure that absolutely nothing is where it used to be, while the trademark ‘download updates now?’ also comes in the form of an email request, an angry letter in block capitals and two ex-paratroopers knocking on your door at 3am.

A Microsoft spokesman said: “Rather than producing a dozen different systems that make you want to cry, we’ve streamlined it to three entitled ‘hurry up’, ‘why is it doing that?’ and ‘just fuck off’.

“You’d think that with Bill Gates spending most of his time on charity work we’d have got better at this. But we haven’t and we don’t know why.”

One major development is the absence of the ‘Start’ button, which was removed on the grounds it gave people the impression that something may actually happen.

The spokesman added: “Also, we’ve become Buddhist so we can be more like Steve Jobs which means that each version of Windows is a karmic reincarnation, punishing people for acts of violence committed against the previous version.

“There is no ‘start’, just a cycle of endlessly repeating error messages.”

Only a 30% chance of Cthulhu, say fracking experts 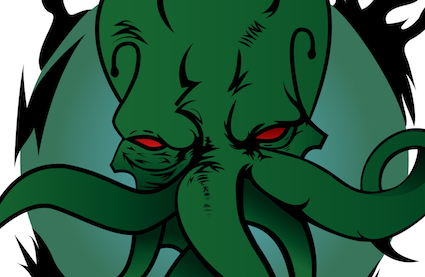 THE chances of shale gas exploration releasing a monstrous denizen of the underworld are less than one in three, experts have claimed.

As the army continues to fight two hundred chittering, horned creatures released during a test extraction in Blackpool, energy companies insist they can keep demonic activity at levels that would be classed as ‘normal’ for a seaside town.

Roy Hobbs, an engineer with Shell, said: “By my calculations the Shadow Lord Cthulhu currently rests nine leagues deeper than the shale gas so I’m sure it’ll be fine.

“Nevertheless, we have some of the best hooded, eyeless priests in the industry who will be on call 24 hours a day to maintain the sanctity of the work site through a series of incantations and holy artefacts, as well as checking for hard hats and security passes.”

Hobbs stressed it was now more than three years since a shale gas rig last brought forth That Which Darkness Itself Fears.

He added: “The technology has improved dramatically since then so even if we do unleash a reign of sorrow lasting a thousand generations, the profit margin will be close to £50 a second.”

Fracking advocates claim that shale gas offers a long-term, sustainable source of energy because it is both environmentally risky and more expensive than oil.

Meanwhile, residents of other shale gas sites are suing over fracking side-effects including earthquakes, exploding tap water and 120ft long tentacles pulling their house into the netherworld.

One Pennsylvania family were admitted to hospital after an unexplained outbreak of screaming succubae attached to their faces, which lawyers blamed on a nearby wind farm.