Noisy room where shirty men swap zeroes have frowny day as lazy bones in sunny places say no money now and be sad.

And wide place with shouty fat people also have no money and all say nice brown man in big house is rubbish now.

He say only six people have happy money time now and you and me be poor stinkies who live in dirty box near choo-choo house.

Fancy clever man then go back to bed and pull blanket over frowny face.

But stupid nobody man who no have fancy proper job say all must make good shiny thing.

“All happy smile when every place make good shiny thing. Even shouty fats and lazy bones.

“Then every day be happy money swap time. Hurray! Hurray!

Millions remain uncool despite having smartphones 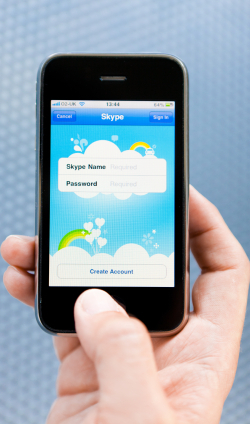 PEOPLE who own cutting-edge smartphones remain inexplicably pathetic, it has emerged.

As statistics reveal that over a third of UK adults have purchased a phone that does things, some have begun questioning the widely-held belief that ownership of a such a device equates to some form of coolness.

iPhone 4 owner, Julian Cook, said: “I’m fairly sure there was something in the warranty that said I could send it back if women didn’t look at me in a different, more sultry manner.

“At the very least I should have more friends. Slim, toned friends with witty facial hair who sit around in light airy rooms laughing as they bluetooth each other pictures of cats that look like 80s rappers.

“But instead I will spend tonight in a chain pub, on my own, eating gammon.”

Sales manager, Stephen Malley, said: “My level of personal coolness has not increased to match my HTC thing, hence I now own an object that is much more elegant than me and when I use it I feel as self-conscious as a chimp with a viola.

“I’m actually starting to resent, even fear, my phone.

“I won’t leave it alone with my wife in case it fucks her.”

Professor Henry Brubaker, of the Insitute for Studies, said: “Our research shows that people would be 87% happier if all technological devices were limited to doing one thing plus having a clock.

“Then it wouldn’t be like you’re constantly having to buy your penis back from Apple.”