Early indications suggest bank earnings in the last quarter of 2007 were down to below 'what-a-bunch-of-fucking -thieves' compared to 'and-the-pricks-still-won't- extend-my-overdraft' for the same period in 2006.

Henry Brubaker, chief economist at Donnelly-McPartlin, said: "Millions of buck-toothed rednecks with no credit history and a disturbing fondness for Jack Daniels were allowed to borrow 40 times their non-existent wages to buy a burnt-out toilet in a crack alley.

"Banks, being the cautious types they are, said 'no problemo, and while you're at it, get yourself a Chevy Trailblazer and a big screen TV for watching WrestleMania, you odious waste of semen'.

"'And for goodness sake don't worry about proof of earnings – we'll roll it all up into one big loan at a fantastic rate of 69.9% APR, which, trust me, is incredibly low for your sort of person'."

He added: "This strategic anomaly has led to a short-term dip in profitability and created the impression that banks are somehow ordinary, everyday businesses. Aha ha ha.

"The fact is, they control every aspect of your lives – often in ways you dare not imagine – and could, if the notion takes them, snap you in half like a dry twig."

Insurers Refuse To Cover Houses Made From Meringue 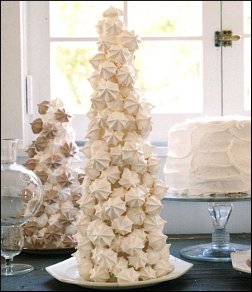 BRITISH insurance companies could scupper the government's house building plans after refusing to cover homes made from beaten egg whites.

Ministers want to build around three million meringue houses across the midlands and the south east over the next 10 years in a bid to tackle Britain's sugary homes crisis.

The government rejected early proposals for brick built houses insisting they would not be fluffy enough.

The initial phase of three and four bedroom detached homes will be dolloped next to a river in Bedfordshire by the end of 2009. They will be topped with fresh cream and a mountain of summer fruits.

But Tom Logan, deputy director of the British Association of Insurers, said: "Look at me – do I look like some kind of fucking chump?

"Tell you what, why don't you just build the houses out flaming planks of wood? Yeah, that's it, let's build them out of something that's already on fire."

He added: "While we're at it, why don't I insure my balls about 20 minutes after you've chopped them off with an axe?"

"I'm commandeering sugar. I've got a yard on Tyneside producing huge whisks. And now you're telling me they won't be insured? Piss off."