A BOSS has taken all the credit for his team’s work despite mostly just distracting them with management toss.

Manager Stephen Malley’s main input to a new marketing initiative was pointlessly insisting on being copied into every email and using tired buzz-phrases like “Can you action that?”.

Junior colleague Nikki Hollis said: “Stephen mainly just distracted people from what they were already doing, said ‘that’s great’ and wandered off to eat pastries in his office.

“He insisted I copy him into every email about the project. Then he didn’t respond to any of them, although he did come over and say something confusing about ‘SWOT analysis’.”

Malley said: “The team are great but without my overarching helicopter vision they’d be reactive not proactive and fail to identify synergies. That’s a complicated thing only us managers understand.

“I would buy them a pint but that might give them the impression they actually contributed something.”

Man desperately in need of a real man about the house 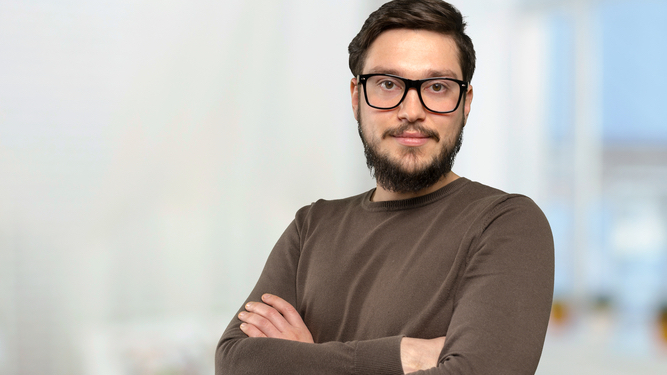 A MAN has decided he needs a real man to come and live with him to make up for his shortcomings as a male.

Father-of-two Tom Booker is deficient as a man in a vast number of ways, ranging from being shit at DIY to being too weedy to protect his family.

Booker said: “My most visible lack of manliness is my hopeless DIY skills. I can’t even replace a plug, and I’m talking about a bathroom plug here.

“I think the simplest solution is to get a proper macho man to live with us like an au pair. He could do all the manly things l can’t, like confront the neighbours when their music’s too loud.

“Yes it would be humiliating but I need someone to do male things like teach my son how to play football. I kick the ball like a girl.”

Booker’s wife Sarah said: “If a real man moved in I wouldn’t cheat on Tom with him, except when I really needed an orgasm.”

Booker has now put an advert online asking for a strong man to come and live with him, and deeply regrets not making it clearer he is not gay.