BRITAIN’S rows of tedious and depressing chain shops are under threat from online retailers.

Massive shop owners claim the high street should be treated like an endangered tiger because of the invention of websites that you don’t have to drag your arse around on a Saturday.

Tom Booker of Watford said: “Puzzlingly I always felt that the high street should be grateful to me for buying stuff in it, as opposed to having my sympathy.

“But apparently I should have more compassion for highly profitable multinational conglomerates like New Look. Perhaps I should do a sponsored swim.

Chef Carolyn Ryan said: “It’s terrifying to think that unless we act fast, our children will never know a world of mobile phone shops, Greggs and Clinton Cards.”

Mary Portas, speaking from beneath her haircut, said: If the high street collapses then Britains towns will no longer be the completely homogenous parade of brand names that we grew up with.

Please, go to River Island and buy a glittery top now. Before its too late. 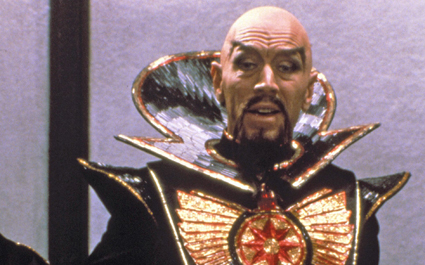 FIFA has promised an investigation into the successful 2026 World Cup bid by the planet Mongo.

Work on the stadia has been plagued with rumours that unions have been suppressed, worker wages withheld and the entire world is enslaved by the threat of an enormous death ray.

Ruler Ming The Merciless said: “Our bid was the most competitive and we’re confident that the Hawkmen will be utterly crushed before the opening ceremony.

“I think the last thing anyone wants is Brian Blessed shouting abuse at the dancers and shitting on Pele from a height of 300 feet.”

Reporter Dale Arden has managed to gain access to footage of Sepp Blatter having dinner with The Merciless in his palatial Magnetic Mountains residence while scantily-clad green women cavorted for their pleasure.

Documents also show that several high-ranking FIFA officials bought land in the uninhabitable Dire Marsh region before Mongo was named as host. They have since made massive profits as the lands are drained to make way for infrastructure and by selling its native lizard men as meat.

FIFA have appointed independent investigator and former footballer Flash Gordon to investigate the situation on Mongo, mostly with his shirt off.

Arden said: “I love Flash but he only has fourteen hours to gather enough evidence to warrant a second vote.”