BRITISH Gas has said its 500% increase in profits is the result of charging people much more money to buy gas.

Unveiling its annual results, the company insisted the £480 million profit jump vindicated its strategy of making it a lot more expensive to cook food and keep warm.

Tom Logan, the company's head of external relations, said: "Our senior management team spent 18 months looking at a range of options until someone suggested just putting all the prices up.

"It was a real 'eureka' moment. The finance director was dancing around the boardroom, swigging champagne from the bottle and shouting 'I love gas! I love gas!'. Happy days."

Roy Hobbs, from the Gas Consumers Council, said: "I remember saying to people at the time, I said, 'see all these price increases, yeah? Well that's going to result in much bigger profits for all these companies'.

Mr Logan added: "If our customers are unhappy with the current price structure, I would simply remind them that we operate within a free market.

"There is absolutely nothing to prevent them from setting up their own gas company. I suggest they grab a spade." 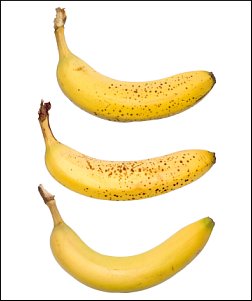 BRITISH women are calling for an 'unprecedented national effort' after new scientific evidence suggested the fabled G-spot may be real.

Researchers last night unveiled blurred images which they claim confirm the existence of the region, dismissed for centuries as a cruel myth.

Professor Henry Brubaker said: "Einstein was right. There's definitely something up there."

Demand for a full-scale expedition is now at fever-pitch with millions of women signing petitions, sending emails and grabbing politicians by the neck and pinning them to wall.

Marjorie Kenilworth, president of the Women's Institute, said: "I believe that this nation should commit itself to achieving the goal, before this decade is out, of sending a probe to the G-spot and returning it safely to the back of the bedroom drawer.

"No single project in this period will be more impressive to mankind, or more important for the long-range exploration of our tubes."

The Institute wants an immediate £10 billion injection to complete the development of the Denzel Washington probe, and provide plenty of scented candles.

Mrs Kenilworth added: "After the near misses of the Clooney and Pitt programmes, the Denzel V remains our last, best hope. God speed."