BUSINESSES have warned they will be forced to start fining customers who complain.

Chief executives stressed that red tape and rising overheads mean that you will have to like their products and services or it will cost you another £100.

A spokesman for the CBI said: “In the face of adversity, business leaders have built their corporations using nothing but zero hours contracts, tax loopholes and large political donations.

“All that is in jeopardy if ‘customers’ are allowed to just mouth off whenever they feel like it.”

The spokesman added: “It’s not a fine, it’s an inverted refund.”

A spokesman for Tesco said: “Because of the very challenging business landscape, we are going to have to fine people who shop anywhere else.

“You will get used to the drone following you everywhere you go.” 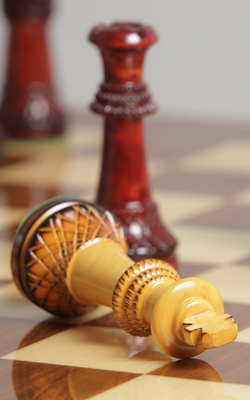 A NEW Cold War could result in hundreds of incomprehensible spy novels, experts have warned.

There will be some sort of chess thing on the cover

With tensions growing between the West and Russia, book publishers fear a resurgence of convoluted thrillers with portentous titles like The Kremlin Sanction.

Publisher Stephen Malley said: When the Cold War ended we thought wed never have to read another spy novel where you have to keep going back a few pages to remember whats going on.

But thanks to Putin arsing around in Ukraine, the bestseller list will soon be full of books about jaded middle-aged men trying to uncover a double-agent in Prague, or something else thats quite hard to care about.

They will also feature dozens of Russian characters who you keep getting confused with each other. Not that it matters because you wont know whose side anyone is on until the last few pages.

There might be a bit of badly written sex with a Russian woman who dies to avoid cluttering up the sequel, but mainly itll be people hanging around parks in Moscow.

Spy author Roy Hobbs, who writes under the pen-name Jack Vanguard, said: My new novel, The Groznograd Protocol, is fucking impenetrable, and Im still only on the first page.