Clampdown on nuisance calls from relatives

REGULATORS have announced a clampdown on unsolicited phone calls and texts from family members.

With 60 per cent of people saying the thought of speaking to their mother makes them afraid to answer their phones, Ofcom are imposing fines of up to £50,000.

A spokesman said: “Sadly, if just one call in a thousand is answered that’s considered a worthwhile ratio for these relatives.

“And once they’ve got you on the phone they refuse to let you go, asking intrusive questions about your daily habits and financial situation.

“We’re working to stop them, but be warned that they may resort to visiting to your home.”

Tom Booker of Swindon said: “I can’t go to the cinema without coming out to find another six texts telling me I might be entitled to a roast dinner at Auntie Mary’s this Sunday if I’d just give her a call.

“I wouldn’t mind if there was a chance of any money at the end of it, but it’s just a scam to get you to call back.”

Ghosts unhappy with own logic 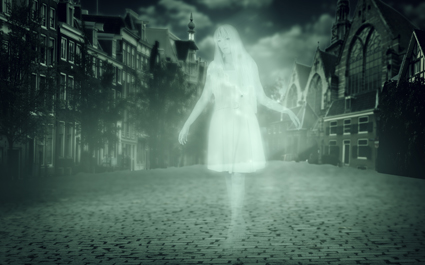 GHOSTS have complained that too many aspects of their existence do not make sense.

The spirits of the dead have asked for clarification of how and why they exist, and have highlighted problematic issues such as wearing clothes.

“If ghosts are human souls, how come we’re wearing clothes? Have trousers got souls? In fact, what am I actually made of? If I’m sufficiently physically real to be photographed by a camera, then surely someone could catch me in a vacuum cleaner?

“It’s all very confusing, and that’s before I’ve even started on why there’s no sex in the afterlife. It’s a real shame with sexy lady ghosts like Marilyn and Lady Hamilton.”

Former living person Nikki Hollis said: “I am apparently conscious, yet I just seem to walk along a predetermined path in a graveyard every night. Why can’t I go to Pizza Express occasionally?

“Also, why do I have to walk up stairs that aren’t there anymore? Can’t I just float to Neptune if I feel like it? It’s almost as if the rules for ghosts are totally arbitrary.”

Ghost hunter Roy Hobbs said: “The existence of ghosts indicates there is life after death, so logically I should become very religious in case hell exists. But that’s not as much fun as dicking around with an EMF meter on the assumption that ghosts are electric.”