COSTLY craft beer often has the same alcohol content as normal beer, it has emerged.

Britons had been buying expensive artisanal saisons, IPAs and Berlinerweisses purely because they believed that the higher price tag equated to more alcohol.

Former craft beer advocate Roy Hobbs said: “I just assumed craft beer was stronger, why else would I buy it? It’s not like I give a fuck how it’s made.

“As far as I’m concerned, all beer is made of beer.”

Even the strongest of the popular craft beers is no more powerful than Special Brew, yet costs over four times as much.

Drinker Tom Logan said: “Last night I asked for a pint of Carl’s Pug – it’s made with yeast from the brewer’s dog’s eyelids – but the barman misheard and gave me Carlsberg.

“I stuck with that all night out of embarrassment. To my surprise I was precisely equally as drunk.

“They should ban bottled beer from having names and fancy labels, so that they all just have the alcohol content printed on them in massive numbers. Or just have one type of beer called ’Strong Beer’.”

Happiness peaks at 70 ‘when you stop giving a shit’ 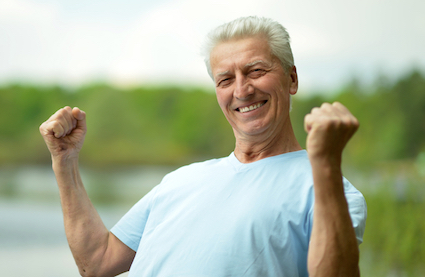 PEOPLE become happiest aged 70 when other people’s opinions cease to matter, it has emerged.

Researchers found that a general sense of wellbeing started to rise from 60 onwards as people gave up trying to look presentable and bought shoes that were really comfortable and would probably outlive them.

Roy Hobbs, 69, said: “That bloke whose company I’ve tolerated since I was in my 30s because we share mutual friends dropped dead last week. It was like finding money in an old jacket.

“I didn’t even have to go to his funeral – I just cited one of the many ailments you can pretend to have at this age so people will leave you alone.

“Instead, I drove to B&Q in a tatty old Skoda to buy some potting compost, listening to Radio 2 and wearing a cardigan that had egg stains on it. It was fucking magic.”

Hobbs added: “I haven’t got dressed in a week, I can tell you every house that’s been sold on Homes Under The Hammer since 2010 and I had wine for breakfast.