Telesales company boss Tom Booker said: “It’s Friday and the weather is nice, but don’t think you can just come back from lunch, do a token half hour of work and then ‘call it a day’ like some sort of aristocrat.

“Stop looking at me with hope in your eyes. I didn’t get where I am in life by being nice. To clarify, I got where I am by being a fucker.

“Now keep working and you might get released at 4.47pm.” 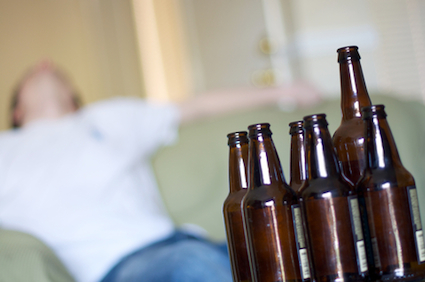 MOST Britons consider drinking a lot of alcohol to be their greatest achievement.

Millions of people insisted their proudest moments involved the birth of child, a sporting event or career milestone before admitting that was an obvious lie.

Roy Hobbs, from Hatfield, said: “Okay fine, it was the time I drank 26 pints and nine shots during a 36-hour sauce fest in Mykonos.

Dr Julian Cook said: “There are lots of goals in life outside of massive drinking benders. Marriage, parenthood and a career, even if you’re not a doctor. However I’m not saying that because I’m some sort of lightweight.

“I had 24 pints at a rugby club dinner. You might think I’d have lost count after the first dozen or so, but I didn’t.

“However this is very dangerous and as a medical professional I would advise strongly against it. Especially if you’re a lightweight – which I patently am not.”