Just what the hell do you people want? asks sun

THE sun has expressed bafflement at Britain’s reaction to it shining for a few days.

The fiery orb had hoped that UK residents would be pleased that it was radiating heat energy down onto them, rather than treating its efforts like a natural disaster.

The sun said: “Imagine arriving at a party and everyone starts shouting  ‘Level three, level three’ then goes in the kitchen and mutters about how you’re trying to kill them.

“We all know you need to get in the shade occasionally, but that’s really your part of the bargain. You’ve got legs.

“And it’s not my job to tell you to drink water. In fact it’s not anyone’s job, just drink water you idiots.

“I’m blazing through a lot of hydrogen just to please you people and in return I’m getting unexpected amounts of negativity.

“Basically what I’m asking is, do you want fucking jam on it or something?”

26-year-old Emma Bradford said: “It was nice at first, but why is it hanging around so long?

Men who 'care about their appearance' more likely to be twats 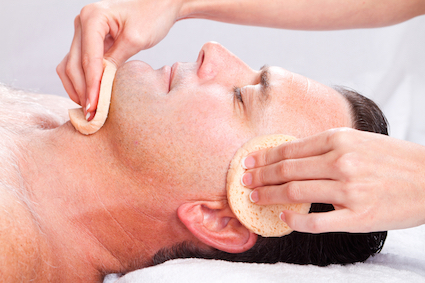 MEN who work out and buy facial products are more likely to be twats, it has emerged.

As sale figures confirmed the growing popularity of ‘grooming products’, experts confirmed a link between using male face ointment and being some kind of idiot.

Professor Julian Cook, from Roehampton University, said: “Just because you rub oil-based cream into your face, it does not mean you are a more enlightened man who understands complex emotions.

“You’re just a dick who does as instructed by television advertisers, And you want to be on TOWIE.

“Most ‘metrosexual’ men wean themselves on a diet of glossy men’s magazines with articles about protein supplements and how to get women to do sex things they don’t really want to do.

“They are clinically insane.”

77% of random street violence last year was carried out by men with exfoliated pores and scoop-neck designer t-shirts.

Professor Cook added: “Meathead-type men who wear concealer are very dangerous because they’re acutely paranoid that everyone’s going to start mocking them. Steroids and Clinique are not a good combination.”

26-year-old account executive Tom Booker said: “It’s important to me that I look good. More important, in fact, than anything else in the universe.

“Does that make me a twat?”