MARK Zuckerberg has admitted that a Facebook app automatically highlighting how hideous people are was a mistake.

The unannounced addition was spotted after a Carlisle woman noticed that her profile photo had been given a caption comparing her to Red Rum’s arse after the 20th fence of the National.

Zuckerberg said: “We realise now that half the fun of Facebook is posting links to people’s homepages and asking their friends how the person in question manages to shave without throwing up.

“Here at the HQ we’ve got a whole wall of terrifying fuglies that we have to sprint past to get to the canteen. It’s like a family barbecue at Lizzie Bardsley’s house.”

Obsessive Facebook users may also soon be facing a blank page after further software was installed to measure how much anyone should give a shit about their lives.

Complex logarithms and a spellchecker looking out for the words ‘lol’ and ‘party’ will be able to remove status updates and invites for whatever self-involved prickfest ‘friends’ insist on inviting everybody to.

Zuckerberg added: “If it works like it’s supposed to – and we’re talking about Facebook so get your head round that little caveat – the whole site should only have to cope with about seven status updates a day.

“Deaths and wedding announcements should just about cover things, along with births, but of course those last two could very well fall foul of the new Uglinator© software anyway.”

Civil rights campaigners have voiced their concerns that the website is infringing something or other in a way they were not able to satisfactorily quantify.

But their fears were answered after Zuckerberg sent a gang of tight-suited heavies around to hoof their computers into traffic if they were unable to stay off the internet for more than three bastard minutes at a time. 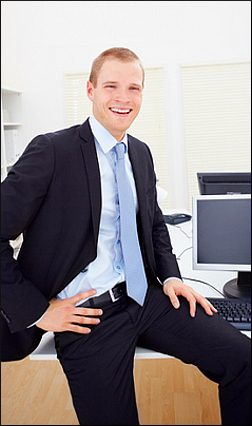 THE British Board of Film Classification was last night accused of driving unspeakable deviants to the fringes of UK society.

“We are allowing a small group of people to dictate what is normal.

“The inevitable consequence is that people who use their hard earned money to watch films about a mad scientist setting fire to his penis while eating a big plate of microwaved human excrement are somehow seen as being a bit weird.”

Malley added: “I should be able to go to work and openly discuss the freaky new thing I do while watching I Spit on Your Grave without everyone desperately screaming at me to shut my face and then starting a petition to have me transferred to Stevenage.”

Tom Logan, professor of right and wrong at Reading University, said: “There will be some who say that banning The Human Centipede 2 is the thin end of the wedge and that before long we will be living in a dictatorship. But they are probably having a lot of problems in their personal life and are just looking for an argument.

“Then there will be those who say that while they would never watch films like The Human Centipede and find the idea of it disgusting, the principle of free speech is at stake. Meaning of course they have watched it, probably while wearing a romper suit that they urinate into.”