Many users had been anxious about being misconstrued as sympathetic for liking posts about illness, house buying problems or pet death.

A spokesman said: “The success of our social network is built on the satisfaction users get from seeing old enemies and rivals fail. I’m actually amazed it has taken us this long to fully exploit that fact.”

She added: “When a poster gets over 10 Schadenfreude clicks, we can send an automated message to their listed spouse or partner highlighting how unpopular they are.

“We then offer them a breakup pack where we change their relationship status for them and send their now ex-partner a sad bear emoji.”

Facebook user Tom Logan commented: “My mate is just about to get divorced – well, I say mate, he fingered my girlfriend when we were 17 and they ended up getting married – so this couldn’t have come at a better time.”

Sherlock 'is a powerful wizard' 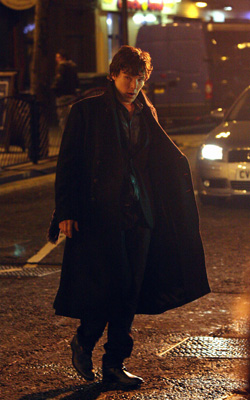 SHERLOCK Holmes can return from the dead because he is magic, writer Steven Moffat has revealed.

Show runner Moffat said the twist would confound critics who thought there was no way of bringing the detective back to life without resorting to an implausible plot twist.

Moffat said: Before he hits the ground, Sherlock casts a spell which enables him to fly.

“Obviously he didnt tell anyone he could do magic because Moriarty might find out and learn magic too.

The magic element means we can take the show in exciting new directions, like Sherlock turning himself into a mouse so he can get into really small spaces or scare off an elephant.

And of course he can turn himself invisible if he wants to play tricks on Watson, or perv over Irene Adler.

Moffat added that the new series would feature Sherlock shooting fireballs out of his hands, investigating the murder of an elf and turning into a wasp.

Sherlock fan Tom Logan said: At first I didnt think magic was in the spirit of Sherlock Holmes, who usually relies on his formidable intellect and icy logic to solve crimes.

But then I remembered its all pretty implausible anyway, so if he can cast spells, why not?

The new series of Sherlock begins with a feature-length episode, The Mysterious Case of the Necromancers Cauldron.