I knew this would happen, says Moyes

MANCHESTER United manager David Moyes said the teams dismal form is the sort of thing that happens to him all the time.

Moyes told friends, family and ‘anyone who would listen’ that something would go wrong ‘sooner rather than later’.

He said: “My friends were all really nice and told me not to worry. ‘This team has just won the league’ they would say, ‘itll be brilliant’.

“But I kept saying, ‘no, no, no, something will go wrong, something always goes wrong’.

“It’s so typical of me. Whenever I get something new, like a telly or a car or one of those coffee machines with the little pods, it stops working within a month.

“Sometimes it just breaks all by itself and sometimes its because I may have accidentally knocked it into the sink.

“I dont know which scenario were looking at here, but from my point of view, it has come as absolutely no surprise whatsoever.”

He added: “When I got the job my wife said to me, youll break it within a month. She said it like it was a joke.

“But then there was an awkward silence and we just stared at each other for about 10 seconds.” 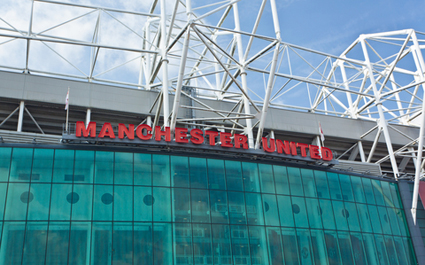 Crack enthusiast Ford was appointed head of Christmas because of his white hair, rotundity and jolly red eyes.

He said: “This is a great chance for me to redeem myself in the eyes of the world’s children. There’s no way I’m going to fuck up again.

“I love the fur-trimmed uniform and the flying reindeer will take me literally anywhere in a flash, for example if I say ‘Prancer, let’s go and score’ then before I know it we’re on the roof of a decrepit tenement building talking business with someone called Loose Eye.

“Obviously that’s not going to happen though. The world’s children are relying on me and I’ve got to hold it down. Got to.”