OWNERS of hugely overvalued houses are lobbying the government to make the housing crisis even worse.

After plans to stop developers hoarding land were announced, homeowners are pressuring their MPs to stop affordable housing being built so their houses are worth more and they are technically richer.

Retired teacher Roy Hobbs, from Hampshire, said: “I don’t even own a buy-to-let. I just like being technically a millionaire.

“Having a stupidly overvalued house makes me feel like a genius investor rather than a talentless nobody who got lucky buying at the right time.

“Once they start building new houses for these millennial fuckers my three-bedroom semi might drop from its current high of £1,650,000. Which might be good for the economy, but would make me sad.

Hobbs added: “I’ve written to my MP demanding he oppose anything which might help solve this crisis.”

“Luckily he’s a greedy, parasitic bastard with a massive property portfolio so he totally agrees with me.”

Kate or Meghan: who is best at greeting people standing behind ropes? 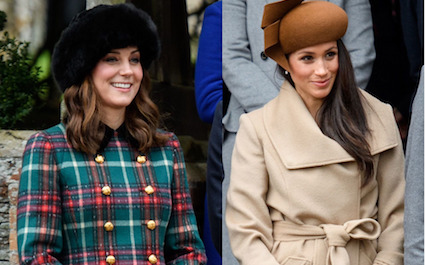 SHE’S been the unquestioned champion since announcing her engagement to Prince William in 2010, but watch out Kate – there’s a new girl in town.

But can an American actress ever match the Duchess of Cambridge’s world-leading skill at speaking briefly to members of the public standing behind a barrier? Or will she always be second fiddle?

With more than seven years experience relaxing people who were afraid she would be intimidatingly formal, Kate has been described as the Royal Family’s hot bath with aromatherapy oils. However Meghan’s American origins mean that it is literally impossible to be intimidated in her presence because she is nothing but a colonist, so she’s ahead by a hair in this round.

Both Kate and Meghan are commoners whose only contact with the biological destiny of true blue blood is their role as brood-mares. But Kate at least attended the prestigious St Andrews Golfing University, where ordinary people and Scots learn manners from the aristocracy, which gives her a solid lead on her rival.

The girlish giggle of Kate, which sounds like a billion fairies delicately shaking magical sugar bells, has been much remarked on. Those expecting Meghan to have a deep, earthy guffaw will be surprised to find that her laugh is like the sparkling tinkle of a clear mountain stream. This round is a tie.

Ever since she was four years old, Kate has been unable to wear the same item of clothing on two separate occasions without coming out in a terrible rash. Her skin is just too sensitive to cope. Meghan, by contrast, frequently wore the same suit in show after show of Suits. This willingness to settle will undoubtedly disappoint crowds.

Meghan Markle is not known to have ever been unexpectedly delighted by a small child waving a flag, and indeed may react aggressively when she first meets one, baring her fancy American teeth.  The Duchess of Cambridge to this day is unable to see a child without clapping her hands to her rosy cheeks and marvelling, from a safe distance, at its cuteness.

Kate’s prowess at empty-but-cheerful ten-second-chats is legendary, and will be remembered much like Cleopatra’s beauty for millennia to come. But despite her victory on points, Meghan has delivered a knockout blow to take the crown because Kate’s been around for ages and we’re bored of her.