Babies turn into dickheads at 4pm

BABIES who have been perfectly happy all day, turn into utter shits between 4pm and 6pm, it has been confirmed.

Experts have advised parents to stay calm, wear protective clothing and under no circumstances attempt to take their infant out of the house.

Mother of two, Emma Howard, said: “We were having quite a nice time playing Peepo, but as soon as the clock struck 4pm she lamped me on the head with a sippy cup. It was like I was in a pub fight.

“Next thing I know, all hell broke loose and she’s clawing at my face and trying desperately to get into the knife drawer.

“Then come 6pm, she stopped and smiled at me like nothing had happened. The crazy bitch.”

Howard added: “I don’t understand it. Is it something to do with the tides? Or is she simply possessed by an ancient demon? It’s one or the other.” 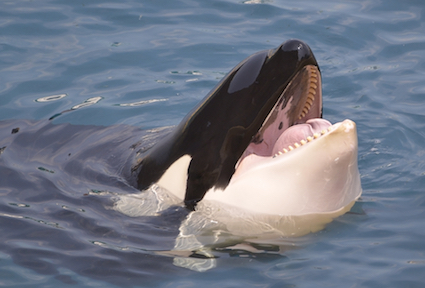 A KILLER whale at a marine park in France has learned to tell humans they are twats in English.

Wikie, an orca who does not want to be at Marineland in Antibes, can make the sounds for ‘fuck off out of it’, ‘you are all twats’ and ferme ta gueule, the French for ‘shut the fuck up’.

Trainer Françoise Tellier said: “There is no doubt that she knows what she is saying and understands exactly what it means.

“I attempted to teach her ‘hello’ and ‘goodbye’ and simple things like ordering a croque-monsieur, but she had no interest.

“But when she heard me shouting expletives at Jean from sea-lions, who is un connard, she suddenly became very enthusiastic. I taught her English swearwords because they’re better.

“She already has the swearing vocabulary of a nine-year-old English boy. It’s quite remarkable.”

When asked if Wikie would ever be released from captivity, Tellier said: “No, because then she would have no reason to swear anymore and this would all have been a waste of time.”