FOUR year-old Gemma Logan has been unveiled as the new chief executive of the Royal Bank of Scotland.

Logan was hired to run the taxpayer-owned bank after the previous management spent £750m on a series of things that were utterly worthless.

The four year-old, who has no high-level banking experience but can go to the toilet, is expected to reassess the bank’s investment strategy and point to all the things it should obviously not have spent other people’s money on.

Logan said: “Occasionally my mummy has the radio on when I am having lunch in the kitchen and even though I am not really paying attention and am far more interested in the way in which my peas and carrots have been arranged into a rather manic, smiling face, I was able to work out for myself that investing in Greek government bonds would be, at best, inadvisable.

She added: “I am sure that many will say that I could not possibly have garnered the experience necessary to run a major international financial institution given that much of my time has been spent chasing the cat with a spoon.

“But I’m not sure the Royal Bank of Scotland can actually withstand another 24 hours of being run by someone with a banking qualification.

“It is time for them to stand aside and make way for a spoon-wielding cat chaser who will at least read the papers and watch Newsround before deciding whether or not to buy hundreds of millions of pounds worth of debt from a country that does not have any money.

“Even the fucking cat has worked that one out.”

Buildings with more than eight books to become universities 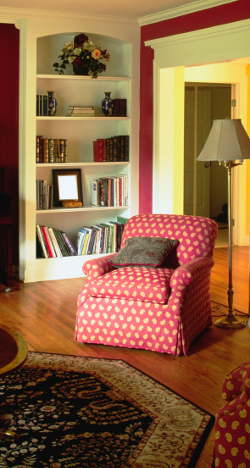 CHANGES to the higher education system will turn the majority of British homes into a degree-granting university, it has been confirmed.

In a bid to ensure that every person in the country will have spent three years talking piss over a cup of dicked-about-with coffee by 2020, the education department have allowed anyone who can name more than two Ben Elton novels to set up a humanities department.

Carlisle taxi driver, Martin Bishop, said: “I got a letter yesterday telling me that due to the stack of Haynes car manuals I’ve got in the cludgie, I’m now a University of Engineering and I can charge nine grand a year to let some teenager shit in it.

“I’m hoping to offer a broader range of subjects by next year and hopefully the pile of grot mags in the upstairs dung chamber will allow me to branch out into figurative arts education.”

The scheme replaces earlier government plans to simply grant every newborn child a 2:2 in the subject of their parents’ choosing and have it added to the birth certificate.

However, there are still plans to increase the number of older graduates by including a basic history degree paper in the quiz page of Take A Break.

Roy Hobbs, the newly-appointed dean of Kath’s Café and Institute of Microbiology, said: “We’re hoping to make university more accessible to people who previously found them intimidatingly associated with being able to hold more than half a dozen facts in your head simultaneously.

“Our syllabus takes a more holistic approach to microbiology, moving away from the focus on unicellular organisms and pathogenic microbes and looking more at whether people want beans or tomatoes.”