Gap Abandons Plan To Use Swastika

CLOTHING giant Gap was last night forced to abandon its plan to replace its classic blue square logo with the swastika.

The company was inundated with thousands of complaints via Facebook and Twitter as furious customers said there was nothing wrong with the original logo.

A spokesman said: “Our intentions were good. We wanted to refresh our brand using new colours in a bold way that reflected not only our belief in the power of design but also our insatiable desire to kill millions of people and establish a thousand year reich where proud Aryan men can wear chinos at the beach.

“But we have always believed in listening to our customers even if this online campaign was so obviously organised by Zionists.

“Congratulations Jew, you have won this round.”

Brand consultant Wayne Hayes stressed that if Gap had used the internet to consult its customer base beforehand they may have been able to implement a version of the swastika or something similar.

He said: “If it was me I would have asked a question like ‘we want to change our logo to something that reflects the pure hatred and murderous violence in our hearts – should it be a swastika or the SS skull and crossbones insignia?’.

“That way the customer feels they are involved in the process and are therefore more accepting of change. Some people would have resisted no matter what, but I suspect that most would have signed up to to the swastika concept, though they probably would have wanted to keep that signature shade of blue.”

Gap logo campaign organiser, Helen Archer, said: “The Gap logo is the single most important thing in my life. If you even dream about changing it I will devote every second I have to hunting you down and then making you watch as I boil your private parts and then eat them with chopsticks.

“What is a swastika anyway?”

Montenegro Not Even A Real Country, Claims FA 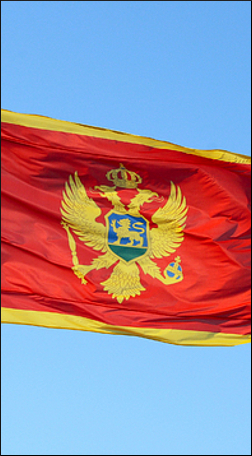 ENGLAND’S football chiefs have declared last night’s 0-0 draw null and void after failing to find Montenegro in their 1959 Atlas Of The World.

They have called on UEFA to investigate where last night’s team actually came from, amidst fears of a repeat of last year’s calamitous tour of SuperMarioLand.

An FA spokesman said: “This is all a ruse by a collection of Eastern European countries to make us look like a bunch of tits.

“‘Montenegro’ doesn’t sound remotely like a real country. It sounds like a Dick Emery character they’d never get away with on television any more.”

Suspicions were first raised when team manager Zlato Kranjcar was unable to confirm the correct term for somebody from Montenegro, alternating between ‘Montenegrecians’ and ‘Monte-‘N’-words’.

The flag given to Wembley staff appeared to be the crest from a bottle of German beer and the CD of the national anthem, entitled ‘Oj Svijetla Majska Zoro’, later turned out to be a Polish copy of the soundtrack to the 1998 film The Mask Of Zorro.

Fabio Capello also feels that England struggled to overpower their opposition as the players were unaware of what racial slurs to mutter at them during corners and free kicks.

He added: “We we unprepared and did not know whether to insult their food, their weather or their implied institutional homosexuality. It will be much easier in our next game against the sheep-raping dwarves.”