UNIVERSITIES should be be able to charge up to Â£12,000 a year for magic beans, according to a major review of higher education funding.

The review, chaired by Lord Browne, calls for the current fee limit of one cow to be scrapped, allowing the best universities to set their own bean tariff.

Under the proposed system the universities will be able to approach prospective undergraduates on their way to market and offer them a small bag full of beans in exchange for the family cow, plus another Â£33,000 to be paid with interest until they die at their desk.

They will also give the student a full colour leaflet explaining why the beans are magic.

After three years the student will plant the beans, wait to see if they grow into a beanstalk that leads them to a golden egg-laying goose or chicken and then move back in with their parents because there is no such thing as magic beans and the world’s goose population is controlled by small Chinese computers.

Lord Browne said: “If you meet a person who believes that your beans are magic then it is only reasonable that you should be allowed to take as much of their money as you can possibly get away with.

“I don’t see how this is unfair to anyone except idiot teenagers.”

The Confederation of British Industry welcomed the review insisting it would ensure that UK companies have a world class supply of ambitious, energetic young people who had paid Â£36,000 to never really understand Wordsworth or Marxism.

Meanwhile Sir Roy Hobbs, vice chancellor of Reading University, said he was excited by the proposals, adding: “We are about to discover if there is anyone monumentally cretinous enough to pay Â£12,000 a year for some magic beans with the words ‘media studies’ written on them.

“I suspect we’ll do just dandy.” 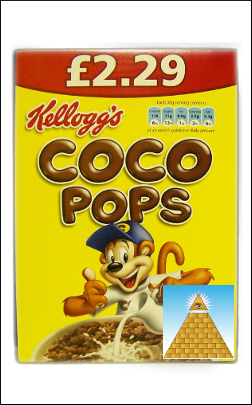 FOOD shoppers could really do without the pictures of chubby farmers and the word ‘classic’, according to a new survey.

Research by the Institute for Studies found that 94% of shoppers would prefer it if the writing on the packets described the contents rather than consisting of a multi-coloured pie chart and an invitation to call the manufacturer’s customer feedback line ‘just for a chat’.

Professor Henry Brubaker said: “Given that most food is purchased in the cavernous strip-lit hell of a supermarket, most consumers want to get their goods and flee as quickly as possible before they are swamped by the overwhelming desire to commit suicide.

“They do not give a badger’s tuppence about the detailed nutritional information, or whether their selections are endorsed by Soil Association, Flat Earth Society or the Bavarian Illuminati.

“Similarly they are unimpressed by pictures of craggy-faced farmers in cable-knit jumpers with the accompanying revelation that ‘Paddy knows each one of his cows by name and reads them poetry by moonlight’.”

He added: “Many also wonder why the cheapest, least remarkable tomatoes cannot be labelled as ‘Tomatoes’ instead of ‘Classic Tomatoes’, ‘Just Tomatoes’ or ‘Simply Tomatoes’.

“It would make a bit more fucking sense really, wouldn’t it?”

“Sometimes I’m not even sure if I love my children, so I would say that this level of devotion to some dry, inert flakes and a pinch of small, disappointing raisins is somewhat unusual.