Across London fatcat businessmen with their bowler hats and their umbrellas admitted the game was up as financial experts predicted the fall of everything that mattered by Christmas.

Tom Logan, head of futures trading for Worldcorp, said: “I’m now going to open up a fair trade pamphlet-printing co-operative and I’d like to personally thank Banksy for blowing my mind.”

Sir Martin Bishop, professor of cartoon socio-economics at Reading University, explained that the artist had somehow used paint to reveal that big businesses are really very nasty or something.

He added: “Banksy has rounded up all the things I thought I knew and machined gunned them into a pit in a hail of red hot truth bullets.

“I’m going to set fire to all my big books and replace them with that poster of a copper smoking a joint.

“My parents are going to be furious, but I don’t care.”

Banksy originals have long been popular with the world’s key political thinkers, including Brad Pitt and Christina Aguilera, but the Simpson’s commission is the first time he has been able to fire his truth-guided wisdom rockets through the medium of television.

The enigmatic artist, who keeps his identity secret as a bold condemnation of celebrity and the cultural hegemony of forenames, said: “Doing loads of drawings over and over again that were essentially the same thing was not, to be honest, much of a stretch for me. I kept getting Bart’s hair wrong but they’ve got loads of Korean people to correct stuff like that.

“Here, tell you what, how about I spray paint this Greggs sandwich wrapper with a picture of a judge wanking into a Rasta’s hat?”

Women still being paid less than men who objectify them 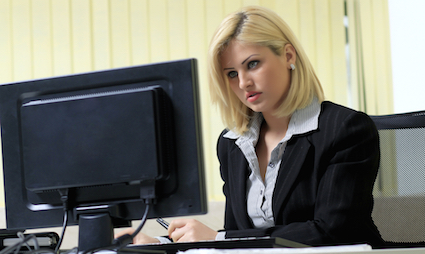 THE pay gap between men and tasty birds who have a smashing set of knockers shows no signs of closing.

A study found that men were still paid more on average than women even though a record number of women are wearing those tight woollen tops that show a healthy amount of cleavage.

A spokesman for the Confederation of British Industry said: “It is awful that in the 21st Century women who bend over a lot or who put their leg up on their desk to straighten their stockings are still forced to work for less.

“Especially the ones that bend over. They’re the best ones.”

Bill McKay, chief executive of recruitment agency Humans4Sale, said: “It is puzzling that in an age where those micro-hotpants that leave absolutely nothing to the imagination are commonplace, that the bottom that goes inside them is somehow worth less to an employer than my bottom.”

He added: “I can only imagine that women are worth less in the workplace because, you know, they’re all insane, aren’t they?”