CARLOS Tevez has asked the Premier League to consider overhauling the entire football rulebook as his legs are a bit tired.

The Argentinian Halloween costume has hinted he may quit football as the eight-hour week begins to take its toll. Family and friends have expressed their concern after the striker seemed bored and listless during a recent helicopter shopping expedition.

Tevez said: “Every few days I run, I kick things and I pull a shirt over my massive head. It’s a nightmare.

“I’d rather be stealing discarded fruit rinds from the gutters of Buenos Aires. There was a naturally laid-back pace to grinding poverty that you just don’t get by being a multimillionaire ball-nudger.”

Under new guidelines dictated to Tevez’s manager by the player as he sprawled idly on a reproduction Louis XIV cinema chair while gnawing on a bison, games would be divided into six easily-managed chunks of five minutes, with a long enough break between sections for a quick spa, a massage and some bison.

The pitch would also be shortened to 20 yards to ease the burden on goal celebrations, meaning Tevez would never have more than a brief golf buggy ride to thank fans for paying his Â£12,000 an hour wages.

The move has been backed by Manchester City fans desperate to retain the services of the economy-size hobgoblin, regardless of the terms of his contract.

City supporter Roy Hobbs said: “I first heard the news when I came home from my 12-hour shift at the pie-gristle factory and I could just weep for the poor little fella.

“I’d have signed the petition myself if my exhaustion-induced hallucinations didn’t keep turning the laptop into an enormous cyborg cheeseburger that wants to eat my testicles.” 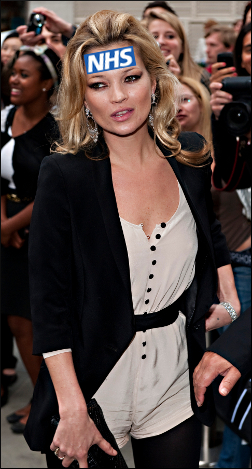 THE UK government could be made cheaper and more efficient if civil servants were paid 50 pence an hour, the boss of Topshop has claimed.

In a report into government waste, Sir Philip Green insisted Whitehall could easily turn a massive profit if ministers had the courage to run it like an international clothing business.

He said: “You’ve got civil servants here on eighty or ninety grand a year while the taxpayer is handing over between 30% and 40% of their income. Margin-wise that’s as tight as a gnat’s chuff.

“Either you have to put the price up or cut your manufacturing costs. That’s why I’m recommending that the entire civil service be handed over to this little chap I know in Mauritius.

“He has access to thousands of high-quality, fine-fingered Bangladeshis who could knock you out a department of health for an average of 48p an hour.

“And you don’t need multi-million pound press offices and advertising budgets. Every time the little Bangladeshis come up with a new policy initiative we just sellotape a copy of it to one of Kate Moss’s nipples and get a double page spread in the Daily Mail.”

He added: “They can also do human resources, accounting and policy implementation, working 12 hour shifts with the option of unlimited overtime. Within two years you’re looking at an annual profit of five maybe six hundred million quid.

“If the secretary of state can persuade his wife to live in Monaco for nine months of the year he can pay her the full whack as a tax free dividend.

“And then he can have a boat.”

A Downing Street spokesman said the prime minister would consider Sir Philip’s recommendations, adding: “We are definitely going to do this.”