Gas Firms Experiment With Fuel Made From Customers' Tears

MAJOR gas suppliers are attempting to convert their customers’ bitter tears of woe into an eco-friendly fuel.

With gas prices set to rocket this winter and then probably drop a bit around March or whenever the weather gets decent enough that customers won’t have the heating on anyway, the misery-derived fuel could provide a cheaper alternative.

Gas company boss, Bill McKay, said: “A good proportion of our customers are regularly moved to pathetic hysterics by the arrival of our bills. This is mostly because of tax, but partly because of Audis.

“That isn’t going to change. So fuck you.

“However we can confirm that our scientists are working to hard to derive a renewable fuel source from the nation’s miserable sobbing.”

The low-emission, carbon-efficient tear-based product of the nation’s suffering will be called Sadgas.

“It would be nice if my suffering could in some way be harnessed to heat a house. Although it wouldn’t be my house, as I now live in a car on a playing field.”

Energy expert Emma Bradford said: “Gas in the UK is expensive, but you do have a choice. Choosing a gas supplier is now much like selecting products from a shop window. If that shop window contained pictures of you spattered with dog shit.”

She added: “And of course you always have the option to change supplier, after which your previous supplier will call you while you’re having your tea and demand to know why you’re leaving, like a mental ex-girlfriend who is trying to decide whether to come and cut your genitals off with some shears.

“If you see Sid, tell him he’s a fucking arsehole.” 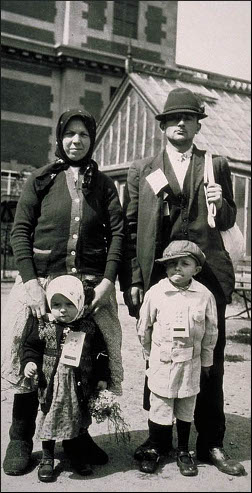 THE owner of the Boston Red Sox has fulfilled a life-long ambition of surrounding himself with thousands of whining bastards who want to steal his car.

As he took over Liverpool FC, John W Henry said it was a day he had dreamed of since he was a boy standing at the docks in Boston listening to Scousers getting off the boat and moaning about how they hadn’t found anything worth thieving yet.

He added: “Boston was a gateway for generations of immigrants. The Irish, so filled with violent hate and magical bullshit. The Scots, so angry, so eye-wateringly pungent – and even the odd Welshman, who then had to pretend to be Irish to avoid being tossed into the harbour.

“But it was always the Liverpudlians who fascinated me the most, with their disgusting accents, their mind-numbingly pathetic sense of humour and their transparent desire to steal everything my family owned.

“I thought to myself, ‘one day I want to spend a huge amount of time with these people’.

“‘I want to place myself at the heart of their community and spend hours and hours listening to their childish demands in a room where everything is bolted to the floor’.”

Henry has achieved consistent levels of success with the Boston Red Sox and has pledged to bring the same trophy-winning approach to Liverpool by instructing the team to play baseball.

Manager Roy Hodgson said: “I’m happy to give it a go. We’re not really set up for football here any more. So is it the one that’s like rounders, or is it the one with all the giant black fellas?”

He added: “Oh gosh, look at them big leather mittens. What do you suppose they do? I think Tommy Trinder might have had one of those.”