Give everyone five grand and let's start again, says Bank of England

THE global economy should be started again from scratch and everyone given £5,000 each, the Bank of England has claimed.

The Bank said it could keep trying different things but it was simply delaying the inevitable admission that this economy does not work anymore and we need to get another one.

“As of this moment there is no economy. It’s over. ‘But, what should we do now?’ we hear you say.

“Well, what about, right, we cancel all the debts and all the savings and shit and we just say, ‘okay, blank sheet of paper’?

“Then, right, everyone gets five grand a piece to spend on whatever they want.”

The spokesman added: “Within a few weeks the people who are selling the best stuff will have more money so we’ll know it’s working and then we can just take it from there.”

Economists said the idea had some merit, insisting the ad-hoc construction of a new global financial system did seem a lot easier than negotiating with Germans.

Asked how a universal ‘starting wealth’ of £5,000 would affect inflation and interest rates in the new economy, the Bank said it did not have the ‘faintest fucking clue’. 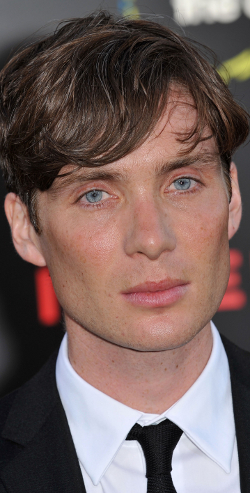 WE can only imagine the crushing disappointment of the scientists who watched their Mars probe, Phobos Grunt, catastrophically malfunction just after launch.

The probe was destined for great things on the moons of Mars but now it’s stuck circling the earth, unable to follow basic instructions. I understand their pain better than most having recently watched the 28 Days Later actor, Cillian Murphy, talking about his latest sci-fi smash, In Time, in which he co-stars with the vital young rapper, Justin Timberlake.

I first encountered Murphy in Professor Brian Cox’s film, Sunshine, about a team of scientists who are trying to blow up the sun. I must admit, while I’d got on board with Prof Cox’s Wonders of the Solar System, the premise of this film was utter poppycock and I spent five hours composing a text message to Professor Cox gently explaining how the sun is just not as wonderful as he seems to think. That aside, I was blown away by the staggering portrayal of a brooding young physicist by Cillian Murphy. His beguiling facial expressions and ultimate sacrifice to physics reminded me of a certain young Dr Cook.

Like Phobos Grunt, Murphy was clearly destined for greatness and I vowed to keep an eye on him. But then I saw him getting interviewed on BBC Breakfast. I shook in disbelief as Bill and Sian were forced to help him along with his sentences as it became evident the poor chap only has a working vocabulary of around twenty words. I began to suspect he might not have grasped the subtler hypotheses postulated by Sunshine, In Time or indeed the Wonders box sets. As with Phobos Grunt, they plugged away at the delicate Hibernian, trying desperately to get a response. But their simple commands were lost on him, and he failed to return even the most basic telemetry. As he endlessly orbited above, they tried any means possible to get something out of him, give them something to work with and provide clues as to what might have gone wrong. Eventually, they got a little giggle out of him by fooling him into thinking he was actually on Mars. But he soon went blank again, apparently having lost all interest in going to space.

If we pin him down again, we could perhaps reprogram him and send him somewhere less challenging like an asteroid. But it would be an awful shame as asteroids are dull, ugly places – Cillian would be so conspicuous.

The fear now is that he succumbs to earth’s gravity and re-enters our atmosphere. No one knows whereabouts he might crash land but it could be Ireland. All we know for sure is we’re not talking your average piece of space junk. Like many of his countrymen, Murphy comes loaded with 12 tonnes of highly toxic fuel, enough to keep him going all the way to Mars. If his tanks survive re-entry and get spilled all over someone’s jacket, the consequences would be unimaginably destructive and could spell the end for the already cash strapped Emerald Isles.