HMRC failed to act on a whistleblower’s tax evasion email because they thought it was a marketing campaign.

Hervé Falciani alerted the authorities to HSBC’s alleged tax evasion services in 2008, but officials dismissed it as just another spam email from the bank offering ‘exciting opportunities to save money’.

An HMRC spokesman said: “We get these sorts of emails all the time. HSBC has been trying to sign our staff up to tax evasion for years. So we tend to just read them and then delete them.

“Can you imagine if someone connected with the government had actually used HSBC’s services? That would be quite the state of affairs, would it not?”

HMRC have now offered to re-examine the email ‘to see how different it was from the other HSBC emails’.

The spokesman added: “We want to see whether it had lots of exclamation marks and included phrase ’this is not marketing campaign’. If it didn’t then it’s really not our fault. 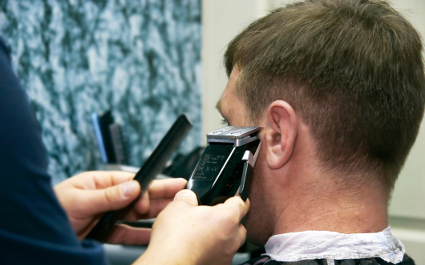 A MAN’S bi-monthly conversation with his barber was word-for-word the same as the one two months ago.

The 25-minute dialogue covered the cold weather, Chelsea’s dominance in the league and modern music in an exact replication of December’s dialogue.

Warehouse manager Stephen Malley, who has been asking for the same haircut in the same words since his father taught him them 20 years ago, proclaimed himself happy with the haircut, the conversation and the rare opportunity to look at the back of his own head.

He said: “It’s always nice to catch up, and by catch up I mean repeat exactly the same banalities that we’ve been rehearsing for years.

“The pause before he asked about my holiday plans seemed a millisecond longer than usual, but like a true professional he appeared to remember absolutely nothing of what I’d told him last time.

“I’m already looking forward to doing it all again in April.”

Barber Wayne Hayes said: “I dunno. I was happy with it, but I wonder about sticking to my tried-and-true set as opposed to trying some fresh material.

“Just sometimes I’d like to talk about quantum entanglement or dogs.”