The company is to recall more than 80,000 cars but insists the scorpion removal should take less than 30 minutes at a main dealer, as long as the mechanic has taken his anti-venom pills.

A spokesman said; "It was something that sneaked in at the design phase. Instead of allowing an extra 4.5 millimetres for the reverse-flow air duct, the design engineer accidentally included 800 Arizona Bark scorpions.

"In a big company like this, where projects get rubber-stamped and sent on to the next department, deadly scorpion inclusion is one of those things that can easily be overlooked.

"By the time we started production at our factory in the Belgian Congo we already had 64 million scorpions sitting around in massive bins just waiting to be installed."

Jazz driver Joanna Kramer, from York, said: "To be honest I haven't really noticed. My husband Geoff did die suddenly about three months ago on the way back from the Clifton Moor shopping centre, but the post-mortem said blood poisoning so we just assumed it was the McFlurry."

She added: "I suppose I'll take it into the garage, but it's an awful nuisance as I'm supposed to go to the doctor this morning about this throbbing, green lump on my left thigh and my alarming shortness of breath."

Meanwhile Toyota has agreed to a global recall of the hybrid Prius model amid complaints the brakes did not work particularly well on icy roads even though that is starting to sound like it might be bullshit.

Labour Bottles The Taste Of Failure 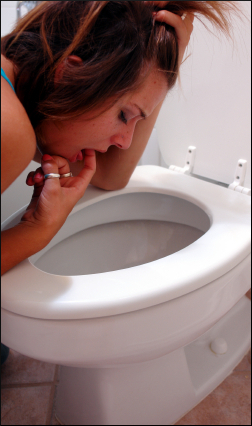 THE Labour Party has combined the essence of disappointment, inertia and broken promises in a unique sauce that voters can add to their food.

While the exact formula remains a closely-guarded secret, the grey paste known as Failure is believed to contain Alistair Campbell's acrid tears, Peter Mandelson's pesto breath and the oily scrapings from the inside of Jack Straw's shirt collar.

A party spokesman said: "Failure is what's known as the 'fifth' taste after sweet, salty, bitter and Sunny Delight.

"It has a very unique flavour. Imagine if you were walking through Hackney on a rainy Tuesday and you saw a dead cat on the pavement, slightly rotten and with drenched, matted fur.

"Then you decided to stick your tongue in its ear, to see what its brain would taste like, and as you did so, a bus hit you and your face imploded."

The spokesman added: "It's particularly nice with some oblong mashed turkey product or refried pork tubes."

Labour is marketing the product as 'Reggae Reggae Sauce that's been through you once' and believe it will prove popular with Goths and those seeking an antidote to enjoyment.

Housewife Emma Bradford gave some to her 12 year-old son: "After three mouthfuls he dropped his fork, put his head in his hands and started mumbling 'mummy, it's all fucked' in a gravelly Scottish voice, before running upstairs and hiding under his bed for a fortnight.

"I then gave the leftovers to the dog but it immediately tried to drown itself in the toilet."

She added: "It's different but I probably wouldn't buy it again."