Jailed trader to dig escape tunnel behind poster of Thatcher

LIBOR rigger Tom Hayes is to tunnel out of prison using a poster of Margaret Thatcher as cover.

The trader, sentenced to 14 years, has already manipulated inter-cell block tobacco lending rates to amass himself more than £1.2 million in snouts and a pension of 600,000 rolling papers a year.

He used the money to buy the poster, a classic shot of Margaret Thatcher frolicking with a beach ball at Port Stanley, and set a Crossrail tunnel boring machine to work behind it.

The governor and warders are powerless to stop the escape because it is conducted in full accordance with the free-market principles on which the prison is run. 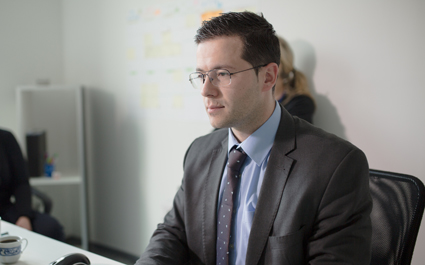 A MAN has celebrated the end of his twenties by accepting that none of his childhood ambitions will ever come to pass.

Martin Bishop had hoped to become a professional tennis player but this is now officially in the past.

Instead, he is going to make the best of working in an insurance call centre, hopefully becoming a supervisor and perhaps working his way up to regional services manager by the age of 40.

Bishop said: “It’s not as fun as my 18th birthday, when my parents gave me a car.

“Actually I sold that car last year to pay for more tennis lessons, which on reflection was pointless.

“It could be worse. I’d rather not have a tennis career at all than have to put up with the kind of hassle that Tim Henman went through. He probably wishes he had been a claims analyst.

He added: “Yes, it could be a lot, lot worse. I’m healthy, that’s the main thing.