High-earning houses ban humans from living in them 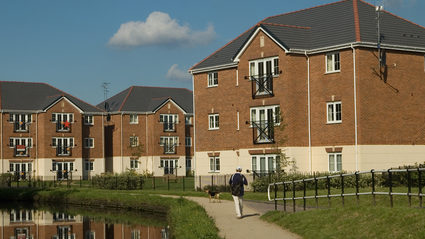 HOUSES are now worth so much they do not want people living in them and lowering their tone, they have announced.

With property prices at another record high, most houses now have a much higher socio-economic status than the people who want to live in them.

Three-bedroomed semi Donna Sheridan said: “I’m worth £1.4 million, so I don’t want a load of apes stinking the place out with their heated food meals while they sit around that screen thing. And I’m definitely past allowing anyone to have sex in me.

“Thanks to the housing bubble I earn more in a year than a dentist, so I can easily pay all the bills myself without a bunch of carbon-based organisms doing disgusting things in my toilet.

“If anyone wanted to move in they’d have to be a better class of person. Someone like Fiona Bruce would be okay, although she can forget it if she’s got a dog.”

Britain’s most desirable properties have now entered the ranks of the super-rich, with a luxury townhouse in Knightsbridge currently rumoured to be dating Pippa Middleton.

Converted Cheshire farmhouse Tom Logan said: “It’s just not practical for people to live in a wealthy house like me because I’m out partying with models all the time or flying my private plane.

“I’m the breadwinner around here so it’s only fair that I should make the rules. I call it ‘house power’.”

It’s you or us, say giraffes 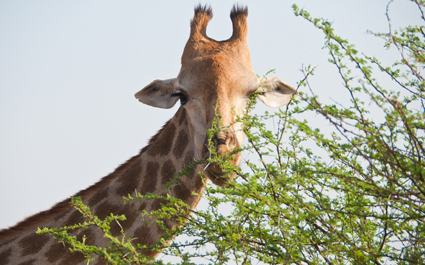 GIRAFFES have confirmed that they are fuelled by hate and plan to exterminate the human race.

Following controversial claims by big game hunters about the danger they pose, giraffes admitted that they are currently on a war footing with humanity.

Giraffe Wayne Hayes said: “When I’m munching leaves I have only one thing on my mind – murder.

“It’s obvious that the tallest species should be the most dominant, yet by some evolutionary quirk we ended up being stuck with cloven hooves which are useless for holding guns.

“However after many hours of delicately kicking at small volatile components we have built a nuclear weapon. Now it is too late for the hunters to stop us.”

Many of history’s most notorious serial killers have now been confirmed as giraffes.

Criminologist Nikki Hollis said: “Contemporaneous reports of Jack the Ripper consistently describe him as around 22 feet fall with a leg in each corner of his torso and a camel-like head.

“At the time nobody thought a herbivore would want to kill prostitutes, we believed their main thing was eating enough plant matter to maintain their body weight. How wrong we were.