MCDONALDS workers from around the globe are dreaming of finishing the games with coveted gold stars.

The burger-of-champions corporation awards the star badges as a recognition of excellence in disciplines including mop-pushing, pie handling and lettuce placement.

Nikki Hollis, a 23-year-old former hot dog vendor from Nebraska said: I’ve honed my chip-dispensing action to the point where it’s almost second nature, now it’s my time to shine. Not with oil-infused sweat, but with glory.”

McDonalds frying coach Stephen Malley said: “As far as competitive service goes, the biggest danger is that someone orders the unpopular Filet ‘O’ Fish, which can really put you off your stride.”

Meanwhile organisers at the wider 2012 games have discovered a Far East gambling organisation that has been placing bets on when the whole thing will turn to shit.

The syndicate has placed over £50 million on various accumulator wagers such as whether Sebastian Coe vomits over the Queen or the white-water rafting circuit becomes jammed full of stolen shopping trolleys.

A London 2012 spokesman said: One businessman has placed a £250,000 stake on the national anthems being accidentally replaced with Vol XI of The BBC Radiophonic Workshop album.

Theres absolutely no suggestion that any athletes have been bribed to fail  with most of the British ones thered be very little point  but our main objection is that somebody is trying to make money from the quintessentially British pastime of assuming everything is going to be awful. 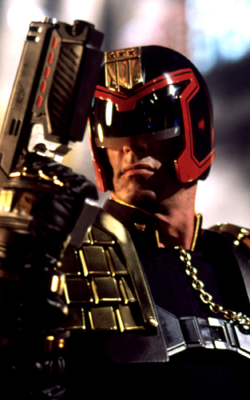 THARG, the Betelgeusian editor of sci-fi comic 2000AD, has been arrested for using his alien mind powers to get stories.

The green-skinned media veteran allegedly tapped the minds of numerous writers, using alien psychic abilities emanating from the ‘Rosette of Sirius’ on his forehead, to get storylines for Judge Dredd.

“He has a highly efficient team of script droids producing thrills on a weekly basis.

“These allegations are a conspiracy by the Dictators of Zrag, who are working with grexnixes, nonscrots and others who are in no way zarjaz.”

A police spokesman said: “We have a list of former 2000AD writers who have felt Tharg psychically tapping their mental energies.

“This includes Alan Moore, Grant Morrison and other very grounded individuals with little or no drugs experience.”

Media lawyer Nikki Hollis said: “I have no idea what any of this means, but it all sounds deeply unsexy.”