NORTH Korea has laughed off the mix-up which saw the South Korean flag accompany their womens football teams arrival at Glasgows Hampden Stadium.

Following the error, the North Korean coach stormed up to the stadium’s manager pretending to be furious. Met with a fumbling apology, he then started cracking up.

The game was subsequently delayed by an hour because everyone was laughing so hard.

An unnamed player said: We came out onto the pitch, right, and someone says , are we playing South Korea then?! It was only then that I looked up and saw the wrong flag!

“It’s funny because we don’t even really like South Korea.”

North Korea’s economy is believed to be largely comedy-based, although the state is highly secretive because it does not want its jokes stolen by foreigners.

Its fun-loving cherubic dictator Kim Jong-un reportedly doubled up with laughter when told of the Olympic error.

Internationalist Tom Logan said: “Until now, Kim Jong-un’s sense of humour has remained somewhat mysterious. His father was a staunch comedy traditionalist who favoured Bernard Manning and Roy ‘Chubby’ Brown. But Jong-Un is really into that whole Larry David, Curb Your Enthusiasm thing of finding hilarity in very awkward situations.

“His people have adjusted their comedy sense accordingly.”

Logan added: “If there’s one lesson to be drawn from history, it’s that people really like to laugh about their nation’s flag. The annals of the past are stuffed with flag-based hyuks.”

Everything just so exciting 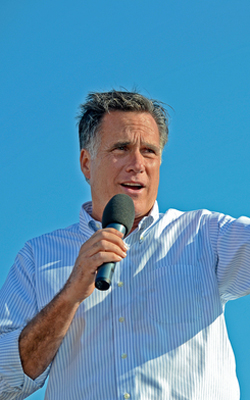 EVERYTHING in Britain is now unbearably amazing.

With less then 50,000 seconds to go until the solution to everything that has ever been wrong, doctors declared an epidemic of excitement fever.

Commuter Helen Archer, from Finsbury Park, said: “HERE COMES MY BUS! GO FOR GOLD, BUS! WE’RE BEHIND YOU ALL THE WAY!”

Archer then punched the air and wet herself.

Standing before the constituent parts of his breakfast, Tom Logan, from Peterborough, added: “YOU ARE ALL CHAMPIONS! ESPECIALLY YOU, MARMALADE!”

Logan then composed a violent, expletive-filled letter to Ryan Giggs demanding to know why the Team GB captain did not sing the national anthem and threatening to be only mildly demented in his enthusiasm for the Olympic football team.

He added: “MY EYES FEEL HUGE!”

Meanwhile, experts predict that tonight’s opening ceremony will cause other countries to back away from Britain slowly while saying ‘ookaaay’.

Julian Cook, professor of opening ceremony discomfort at Roehampton University, said: “It will be a celebration of everything that is weird and unsettling about Britain.

“Danny Boyle will open the top of our national head and spray the contents all over the front of the world, like an angry farmer in the midst of a nervous breakdown.”

Over the next fantastically exciting 12 hours, the Olympic torch will bravely defy water on board the Queen’s Jubilee Ultra-Barge, Britain’s cats will unveil their Tribute to Victory and at twelve minutes past eight Big Ben will start ringing and it will never stop.

Professor Henry Brubaker, from the Institute for Studies, welcomed the launch of the games, adding: “They will provide a fevered world teetering on the brink of economic collapse with a much-needed dose of petty nationalism.

“Now let us all make colourful banners to encourage a bunch of dreary, self-obsessed show-offs who could not give a fuck about our support.”