Tax havens currently protect delicate nest eggs, squirreled profits and wads of money the size of a white rhino’s cock by ensuring they cannot be attacked by taxation.

Haven ranger Tom Logan said: “Socialists have never witnessed the breathtaking sight of an offshore account frolicking and multiplying on a sun-kissed beach, far from the gaze of the authorities.

“They are extremely shy things, and can end up shitting themselves at the slightest of scrutiny, so they need our help to stay hidden.”

The first tax haven was set up in 1853 by Denys Finch Hatton, an industrialist who noticed that the money he made from kicking urchins into cotton looms was depleting at an alarming rate.

In 2016, it’s estimated that the auditing trade could be worth as much as 21 trillion dollars as highly-organised bands of accountants armed with calculators try to smuggle money back to its country of origin.

Economists warn that unless more is done to ensure money is allowed to proliferate in its natural environment of an unspoiled free market economy, shell companies could become extinct by 2028.

Logan said: “It’s heartbreaking to think that wild, anonymous bank accounts are things my grandchildren might only know about from taking an economics degree they don’t have to pay for.”

Massive wolf coming to eat all our sheep, warns Cameron 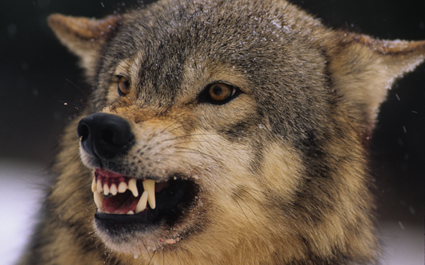 BRITAIN’S flocks are at risk of being devastated by an enormous wolf, David Cameron has warned.

The prime minister came running in from the grassy hillock where he sits keeping watch over the country, breathlessly warning of the huge carnivore which only he has seen.

Cameron said: “The wolf is heading toward the UK from Norway, where it’s flattening towns and throwing tanks and fighter planes around like chew toys.

“It’s 50 metres tall and planning to swim across the North Sea and eat all the sheep and then all the people in Britain.

“Luckily I have a plan to defeat it. I’ll need 5,000 pounds of sausages, a helicopter and everyone must vote to stay in the EU, for reasons I’ll explain later.

“I can’t divulge my plan without losing the element of surprise but the wolf will be completely destroyed so there won’t be any pictures or anything.”