INTERNET users have been confused by a maths question from a children’s exam because they are as thick as shit.

The question, which fundamentally asks how many people were on a train before two people got off, went viral because a lot of people are not very bright.

Mother-of-two Emma Bradford said: “Wow this is a real mind bender! I can believe they make kids as young as six do this sort of fairly basic arithmetic.

“It’s no wonder they’re all depressed. This is tougher than the Where’s Wally book with the Eiffel Tower in it.”

Julian Cook, of Swindon, said: “The answer is obviously something incredibly complicated and abstract. I expect all the numbers stand for letters and make up a Latin word, something like that. There’s no way it could just be what it appears to be.”

Engineer Roy Hobbs said: “Although the answer has now been published online, I’ve written a lengthy blog post about how it’s not actually 65 but 491.34 because I am a massive smart arse with no friends and nothing better to think about.

“I get quite aggressive about this sort of thing.” 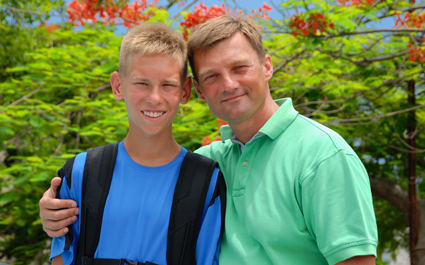 A FATHER who was unable to attract women in his youth is having to advise his son about relationships, it has emerged.

Father-of-two Logan said: “If I base my advice to my son Josh on my own teenage years it would be, ‘Develop a massive crush on the really pretty girl at school, never speak to her and cry for a week when she goes out with one of the cool boys.

“I assume I’m meant to tell Josh to treat girls with respect and not pressure them to have sex. I certainly never did that because they all used to ignore me or call me ‘Egon Spengler’.”

“I told him some drivel about ‘not rushing things’. Even that was bollocks because I’d have instantly shagged anyone who seemed agreeable to it.”

15-year-old Josh Logan said: “I thought my dad was a bit of a dweeb, but it turns out he had loads of girlfriends. It must be because he was such a respected dungeon master.”