THE Bank of Mum and Dad is run by total bastards just like all banks, it has emerged.

Despite promoting itself as ethical and playing up the directors’ roles as customers’ parents, the bank has decided to triple its interest rates so that it can buy a new car.

29-year-old Emma Bradford said: “I took out a £80k loan with the Bank of Mum and Dad because they claimed to be personally interested in my well-being and getting me out of their house.

“But today I’ve got a shitty letter on headed paper saying that my mum wants an extra £200 per month or she’s going to kick my door in and take the fish tank.

“The Bank of Mum and Dad are bigger fuckers than Lloyds and Barclays put together.”

Bradford’s mother Gillian said: “Unfortunately the Bank of Mum and Dad is facing tough trading conditions, partly because of overspend during a recent weekend trip to Swanage steam railway, leaving us will little option but to regretfully pass on some costs to customers.

“Also Emma should not have described Countryfile as ‘sentimental shite’, I love that programme and John Craven is a sex god.”

Britons confirm link between celebrating and going to hospital 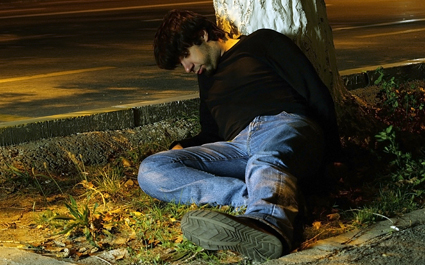 WHEN British people celebrate things they usually end up in hospital, it has been confirmed.

Following an influx of dangerously intoxicated humans at Leicester hospital, researchers found that the British style of expressing joy generally ends with some form of emergency medical treatment.

Professor Henry Brubaker of the Institute for Studies said: “In America, they celebrate things like sporting or political victories with one small can of diluted lager and some Oreos.

“However, we have a different approach, which involves drinking near-suicidal amounts and then falling off a car.”

Plumber Julian Cooker said: “Every time something good happens, from a football victory or the birth of a child to a reasonable successful trip to Ikea, I go out and drink so much that I nearly die.

“Same if anything bad happens. I think that’s why they started the NHS.”