Osborne helps by saying France is about to explode

GEORGE Osborne has helped to ease the financial crisis by pointing at France and shouting a lot.

The chancellor insisted he did not want to worry anyone but he had heard that everyone living in France would be dead by tomorrow morning.

He said: “It is crucially important that in the midst of this turmoil we all keep a level head. Unless you have any money invested in France, in which case you must be a complete psychopath.

“If I was French I would probably just commit suicide and stop wasting everyone’s time.”

He added: “Everything in Britain is absolutely fine because our economy is based on financial services, unlike the French with their giant, lazy car companies, their pathetically enormous tourism industry and some silly little thing called ‘EDF’ which has nothing better to do than go around owning all of Britain’s nuclear power stations.

“So, if you happen to be a bond trader then I wouldn’t waste your time poring over Britain’s long term economic prospects because, as I have explained in some detail, we are all going to be very wealthy indeed.

“Instead, why not bring France its knees and then celebrate with a bottle of that ghastly stuff they produce more of than anyone less?

“Meanwhile, I and the rest of the government will focus all our energies on making sure Britain once again leads the world in payment protection insurance.”

Cameron under threat from half-pissed nobody 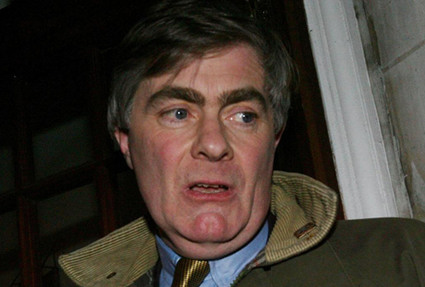 Tories in turmoil after prime minister condemned by a tipsy loser you have never heard of.