ROYAL Bank of Scotland is not going to split after admitting the concept of a ‘good bank’ is too mental to contemplate.

RBS had planned to create an internal ‘bad bank’ to handle its toxic loans.

However a spokesman said: “The creation of a ‘bad bank’ infers that its counterpart is somehow ‘good’. People found the notion of a bank as a positive force puzzling, to the extent that their heads began to hurt very badly.”

Scientist Julian Cook said: “‘Good bank’ is a paradox, it’s similar to asking people to imagine something that is ‘big small’ or simultaneously black and white.” 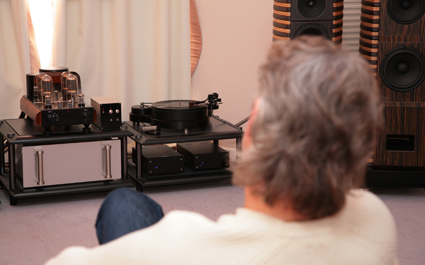 PARENTS have been warned about audiophiles targeting young people for dull chats about hi-fi.

14-year-old Tom Logan said: “I was looking at an old Fleetwood Mac record, when this bald man kind of crept up beside me.

“He asked me what kind of equipment I had at home, then before I could reply started describing his turntable which was ‘belt drive’ with a ‘low noise bearing’.

“I was trying to make my excuses but he launched into this long ramble about his ‘listening room’ and ‘tonearm setup’.

“It was so tedious that I began to feel woozy. Also I remember his breath smelled of stale cake and he had short grey stubble all over his head.

“I don’t know why but I got the feeling he was probably a dentist or accountant.”

Parent Tom Booker said: “Audiophiles target vulnerable young people then bombard them with the dullest information imaginable, to make themselves feel cool and ‘with it’. It’s disgusting.

“We had an audiophile living on our street, until his house accidentally burned down.”

Former audiophile Roy Hobbs said: “I admit it, I was obsessed with high-end audio equipment and the nuances of stereo reproductions. Sometimes I would corner younger people and make them discuss this.

“But then audio information lost at source is… no. Stop it Roy. Stop it.”