RBS chief to get bonus or legal fees and bonus

THE taxpayer will have to pay for Stephen Hester’s bonus or pay for his bonus and his lawyers, it has been confirmed.

Amid increased pressure to deprive the Royal Bank of Scotland chief executive of his full pay package, Hester looked up the word ‘contract’ on his iPhone and then called the senior partner at a law firm that describes people like you as ‘lunch’.

“Now, imagine how you would feel if the boss of the ghastly open plan office you share with dozens of other people suddenly said to you, ‘I’m sorry, but the Guardian say I can’t pay you this month because it thinks you’re a dick’.

“I imagine you would be straight on the phone to your trade union or some bog-standard local solicitor.

“Now the thing is, maybe you are a dick. Take a look around and you may notice that Britain is choc-a-bloc with people who are just dicks.

“But the great thing about you and me is that we both have contracts which stipulate the exact circumstances under which we do or do not get our lovely money.”

Experts said that in circumstances where idiot newspapers are not involved people tended to behave rationally and focus on whichever set of utter cretins drew up the contract in the first place.

Professor Henry Brubaker, of the Institute for Studies, said: “Stephen Hester’s contract was drawn up by the party that is now claiming his contract is a disgrace.

“Ed Miliband is a fucking child.” 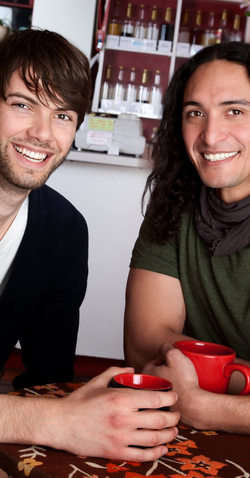 The London side drew 0-0 with Norwich with stewards claiming that among the usual torrent of racist bile, several people in the Shed End could be heard calmly discussing the relatives merits of the 4-3-3 system.

A police spokesman said: “Civilised debate has no place in the modern game and it runs contrary of our ‘Let’s Kick Logic Out Of Football’ campaign.

“It’s disheartening to think that in this day and age some people seem unable to scream ‘I hope you get fucking cancer’ at the opposition goalkeeper, but this is the kind of idiot we’re dealing with.”

Chelsea has promised to cooperate with police, handing over CCTV footage which allegedly shows somebody agreeing with someone else’s point and small sections of the crowd applauding the Norwich players off the pitch.

Tattoo canvass and unemployed taxi driver Wayne Hayes said “I’ve been coming to Stamford Bridge to tell everyone on the pitch to go back to their own country for 30 years and I never heard anything like it.

“My little boy was with me but fortunately I started singing about the lack of black in the Union Jack and was able to drown it out.